What do you get when you combine a turbocharger with a supercharger, an electric motor, manually-adjustable Öhlins coilovers, and Akebono brakes? No, you don’t get an insane tuner car but instead, the 2020 Volvo XC60 Polestar Engineered, the range-topping version of the SUV that wonWorld Car of the Year back in 2018. 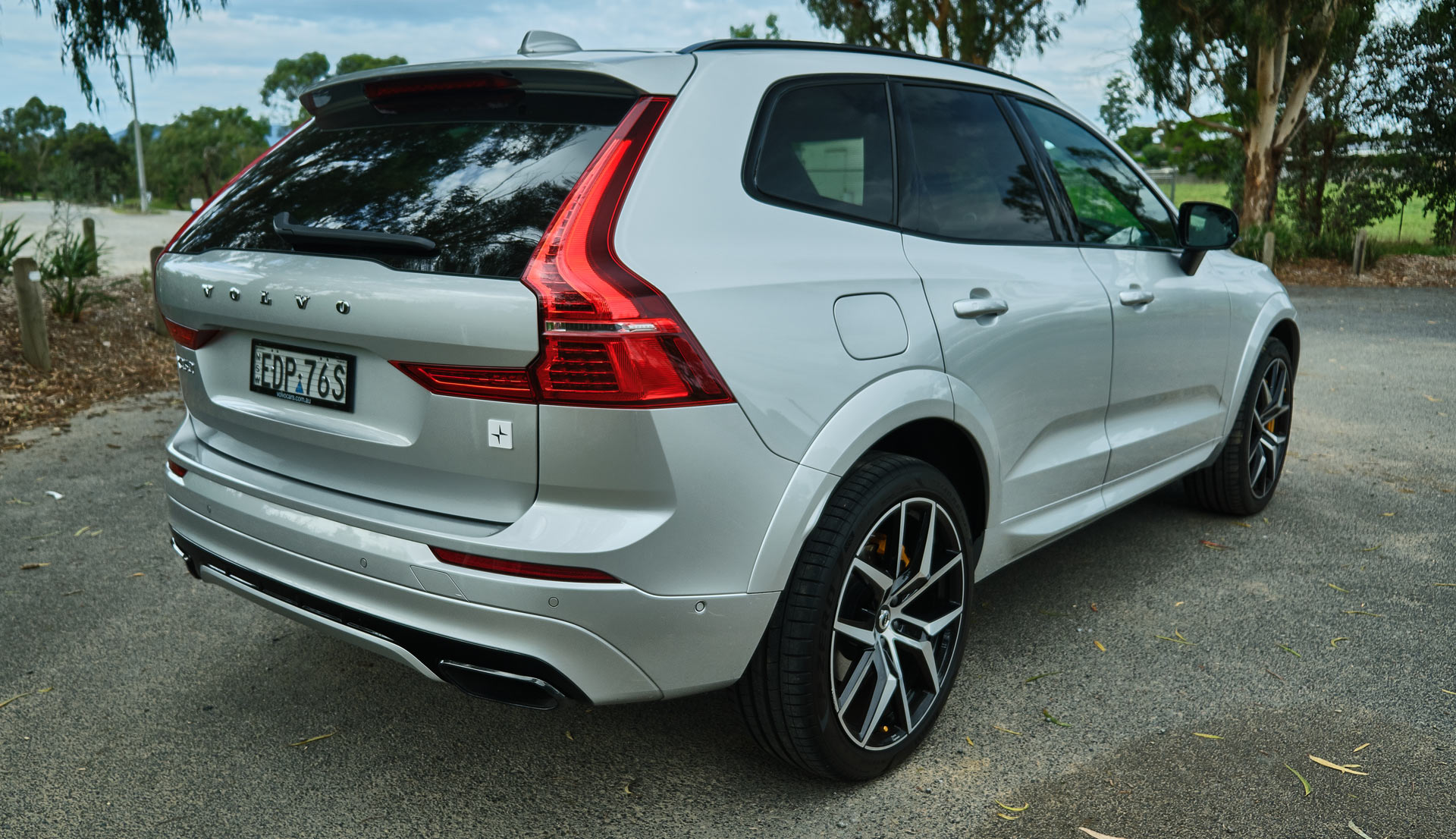 Volvo’s local XC60 range is as simple as the Swedish marque’s other models and consists of the Momentum, R-Design, and Inscription models, before you get to the Polestar Engineered. The XC60 Momentum is available with a D4 2.0-liter diesel and a 2.0-liter T5 petrol engine, while the R-Design is offered with the higher-end D5 and T6 powertrains. As for the Inscription, it focuses more on luxury than performance and is available with the same D4 and T5 engines as the Momentum.

A complex and effective powertrain, but the competition is better

However, unlike its rivals, the Volvo plug-in hybrid powertrain’s 10.4 kWh battery pack allows you to travel up to 45 km (28 miles) on electric power alone. When driving in hybrid mode that shuffles between all-electric power and the 2.0-liter twin-charged engine, official fuel consumption sits at just 2.2 l/100 km (106 U.S. mpg). 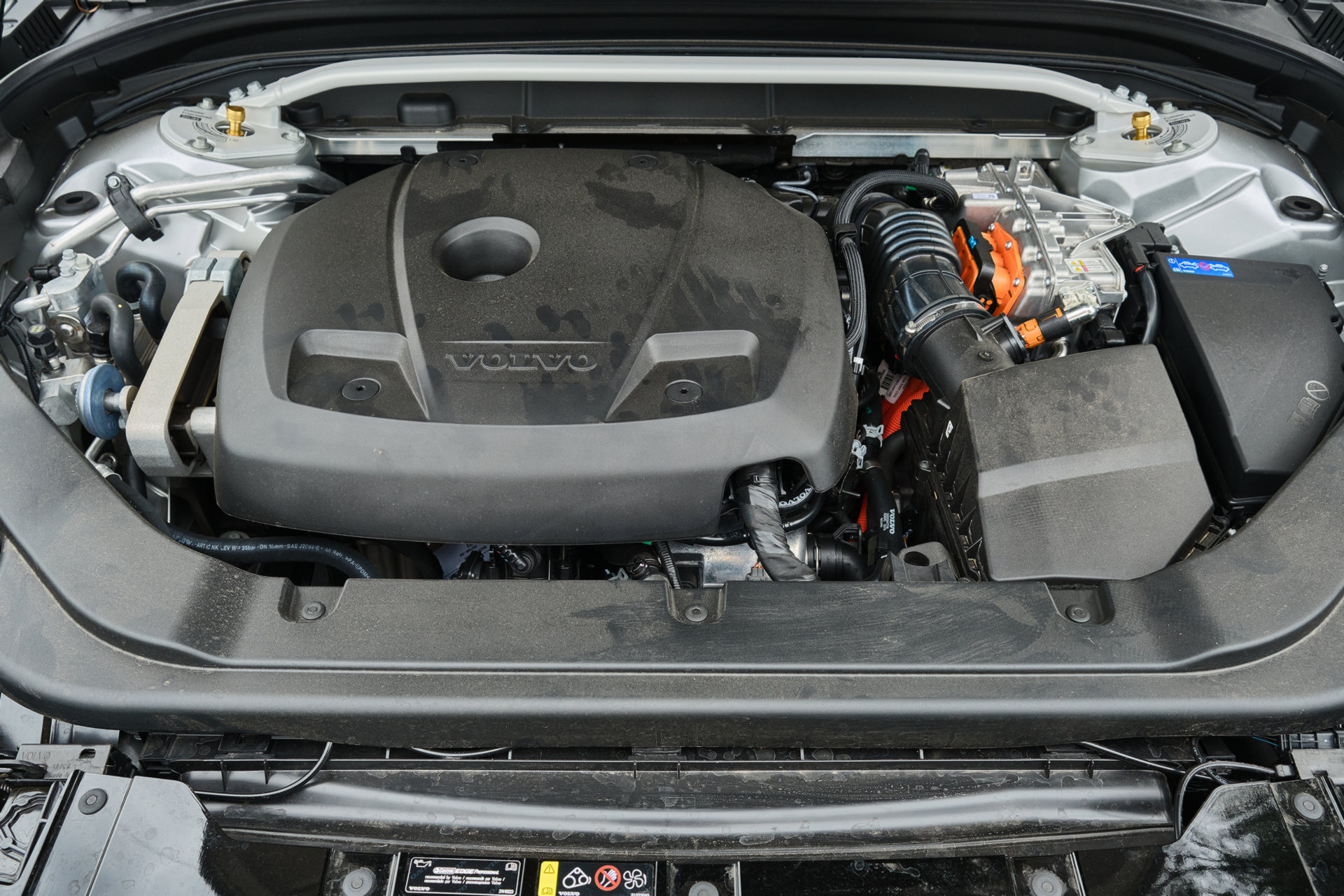 We don’t always talk about the looks of the cars we review because style is very subjective. However, it’s impossible to deny the eye-catching looks of the XC60 Polestar Engineered. Standing out are the standard silver and black 21-inch wheels and the same muscular bodykit found on the R-Design model that includes bulging haunches, enlarged front air intakes, and a black grille surround. The wing mirrors are also finished in black.

Then you notice the almighty brakes that were developed in collaboration with Akebono and consist of six-piston gold calipers at the front clamping down on 370 mm discs. There are also some nice gold wheel caps to complete the looks. 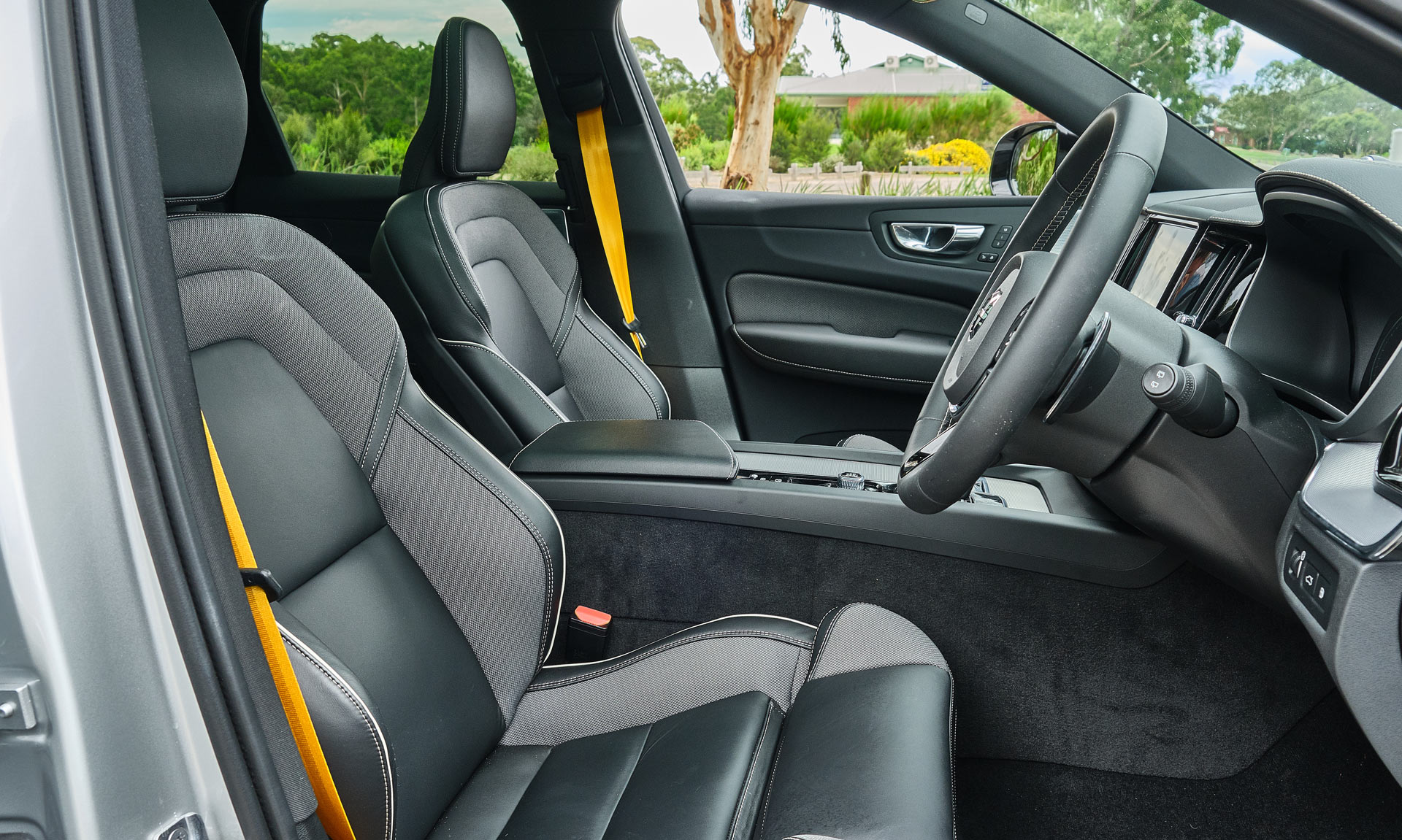 A cabin with all the trimmings

Inside, the flagship XC60 is familiar Volvo and that’s no bad thing. Like all other current models in the Swedish automaker’s range, the Polestar Engineered’s cabin is minimalist and not overloaded by an excess of screens or buttons, like some other premium SUVs.

Found in the heart of the cabin is a 9.0-inch infotainment system sporting Apple CarPlay and Android Auto. The system is easy to use and among the most responsive systems on the market. It really does feel just as smooth to operate as a tablet. Unfortunately, as you can see in our images below, the screen is an absolute magnet for fingerprints. A 12.3-inch digital gauge cluster is also present.

One of the most obvious points of difference between the cabin of the XC60 Polestar Engineered and lesser models is the presence of sporty front seats bathed in plush leather and complete with yellow contrast stitching and yellow seat belts. These seats are incredibly supportive and offer a plethora of adjustments, including cushion extensions, ideal for drivers and passengers on the taller side. Heating functions for the seats can be controlled through the infotainment screen but there is no cooling function, despite heated and cooled seats being an optional extra in lesser XC60 variants. 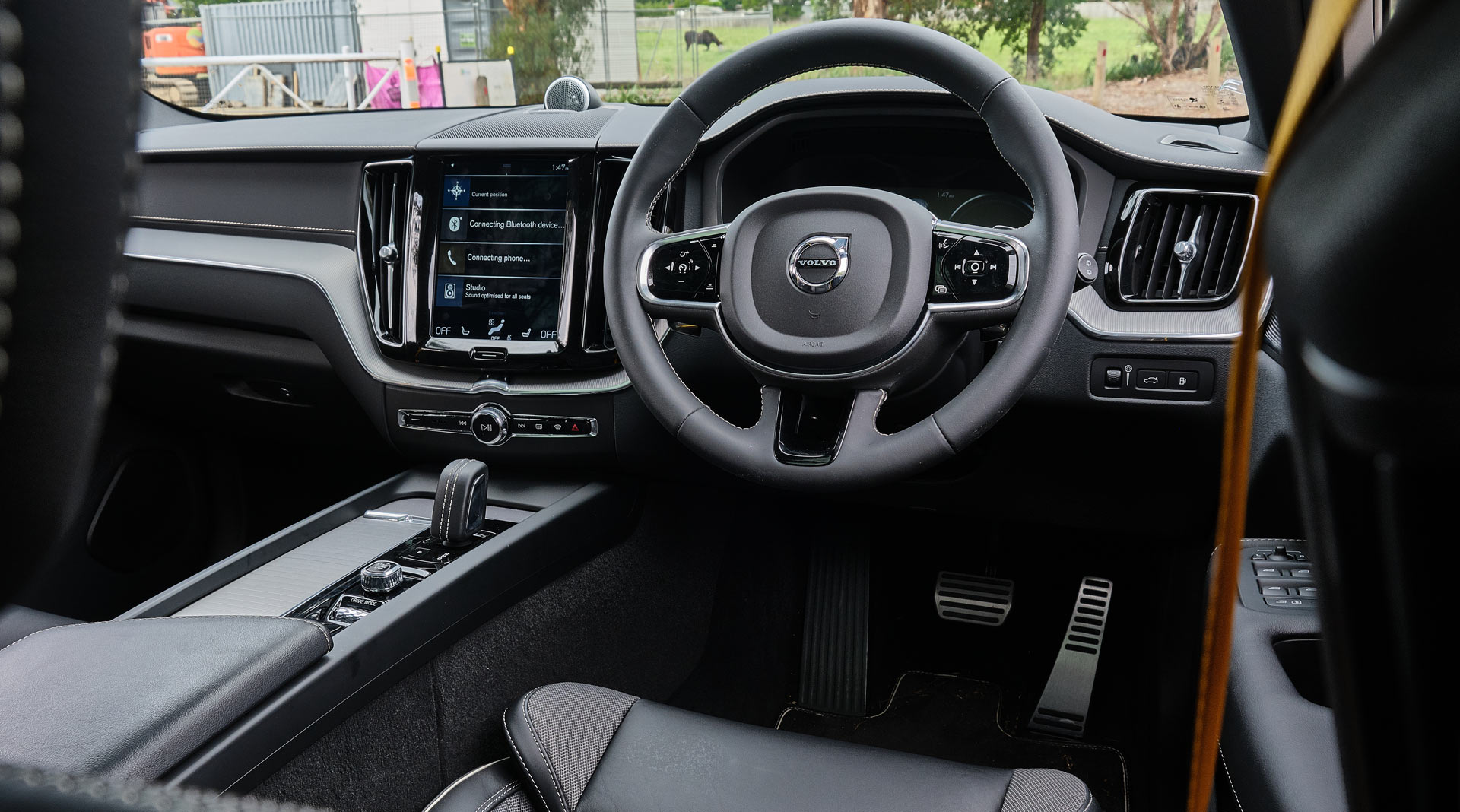 Speaking of optional extras, there are a grand total of no options available for the Polestar Engineered. Essentially, you get what you’re given and with the exception of the paint, customers have no way to personalize their vehicles. On the plus side, the SUV does come with lots more standard features than its rivals whose prices start to soar once customers start ticking those boxes.

One of the standout features of the XC60 Polestar Engineered is the impressive (and standard) 19-speaker Bowers and Wilkins audio system which is one of the best we’ve used in any vehicle. Included with the audio system are premium metal speaker grilles throughout.

Those sitting in the rear will be pleased to find supportive seats and ample amounts of leg, toe, and headroom. One interesting feature found at the rear is built-in booster seats that allow kids to sit a little higher than they ordinarily would.

Cargo capacity sits at a reasonable 505 liters (17.8 cubic-feet) with the rear seats in their upright position. 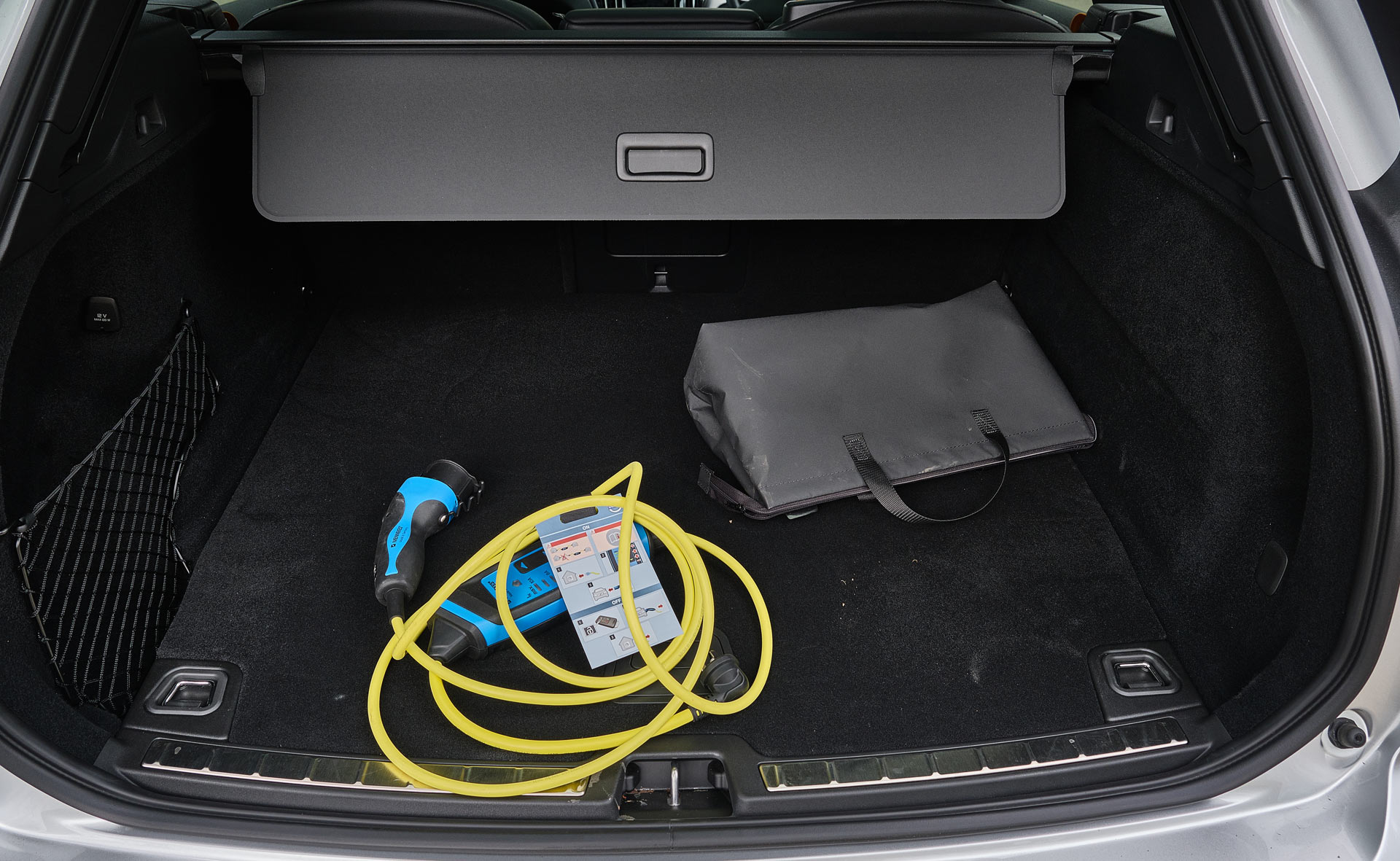 Have fun and help the planet

Using a twin-charged four-cylinder engine and an electric motor could have easily created a convoluted and inconsistent driving experience. However, that’s not the case with the XC60 Polestar Engineered. Dare I say it, it’s most of the most well-rounded vehicles I have driven in a very long time, even if it doesn’t

As standard, there are five driving modes to choose from; Constant AWD, Pure, Hybrid, Polestar Engineered, and Off Road. Drivers are also able to configure an Individual driving mode with their ideal characteristics. Throughout our week with the car, we primarily used the Pure (all-electric), Hybrid, and Polestar Engineered modes.

When driven on all-electric power,the SUVis whisper quiet, as one would expect. It’s not particularly fast in electric mode and you need to be careful not to depress the throttle too much or the 2.0-liter engine will kick in. The battery pack can be charged at home with the supplied cable or you can dive into the settings and enable ‘Charge’ mode which will charge the battery when you’re coasting and through the regenerative braking system. 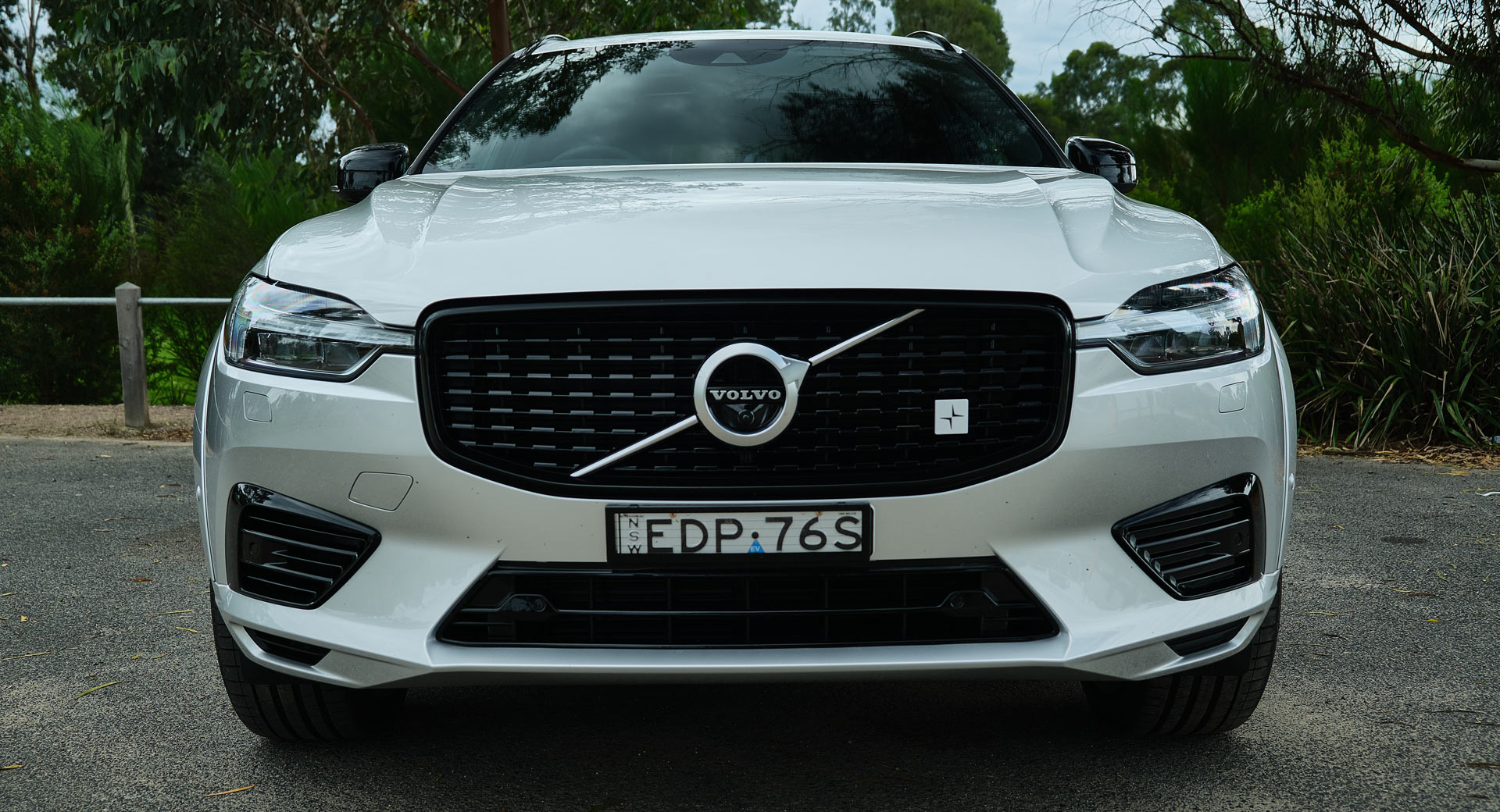 In balls-to-the-wall ‘Polestar Engineered’ mode, the XC60 will reward the enthusiast driver within you. It lurches off the line with eagerness and you can feel the electric motor kick in at about 20 km/h (12 mph) to provide you with some added thrust. The electric motor adds so much additional grunt that on occasion it would chirp the rear tires. The eight-speed automatic transmission is very smooth and pumps through the gears with no fuss.

Watch Also:Polestar 1 Is A Clever Missile That Feels Analogue Despite All The Technology

What’s perhaps even more impressive than the acceleration off the line is the in-gear acceleration and the SUV’s overtaking abilities. Depress the throttle just 50 per cent at motorway speeds, and the electric motor eagerly fires into action, providing you with instantaneous acceleration in a not too dissimilar way to some all-electric performance cars.

While rivals offer burbling engine and exhaust notes, there is none of that with theXC60Polestar Engineered. It gets on with the job with little sound, adding to the EV-esque appeal. Admittedly, Volvo could have added a driving mode that makes for a more aggressive tone. 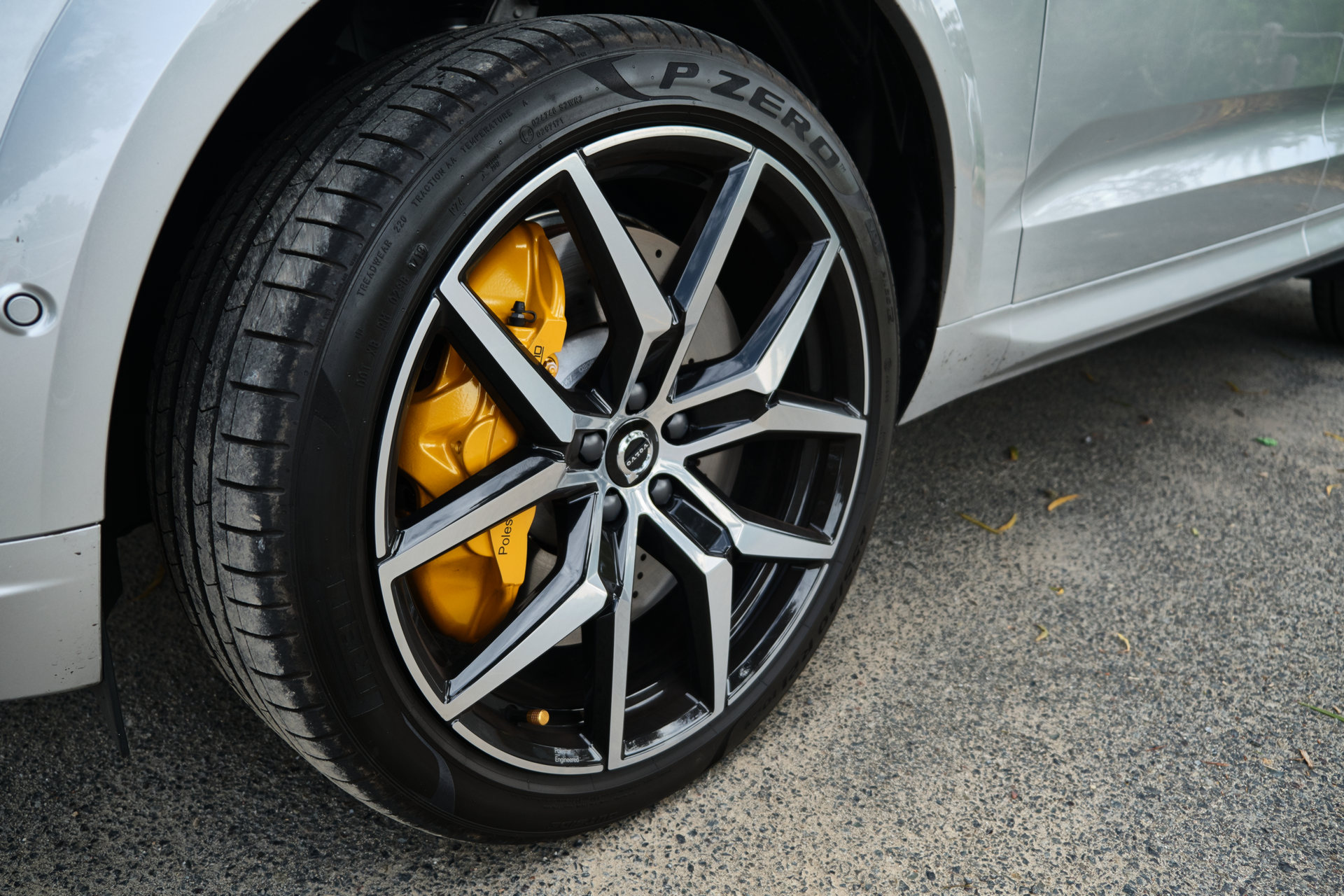 Braking is very good regardless of speed and the SUV sticks to the road and takes corners in an impressive way, helped in no small part by the Pirelli P Zero tires and the Öhlins suspension.

Speaking of the Öhlins suspension, it has its upsides and its drawbacks. For starters, Öhlins is an industry leader in suspension systems and the coilovers of the XC60 Polestar Engineered look beautiful. They can be adjusted no less than 22 ways with the turn of the dials under the bonnet or beneath the trim in the back. In their normal mode, the ride is quite stiff. Not uncomfortably so but it certainly keeps you on your toes. The suspension can be softened up but still remains quite firm, reminding you through every pothole that you’re not driving just any ordinary Volvo.

The obvious downside of this system is that the suspension cannot be adjusted on the fly like most other performance vehicles in this price bracket. For the racer at heart, the manually-adjustable coilovers are cool but for most buyers, we suspect they’ll be an inconvenience. 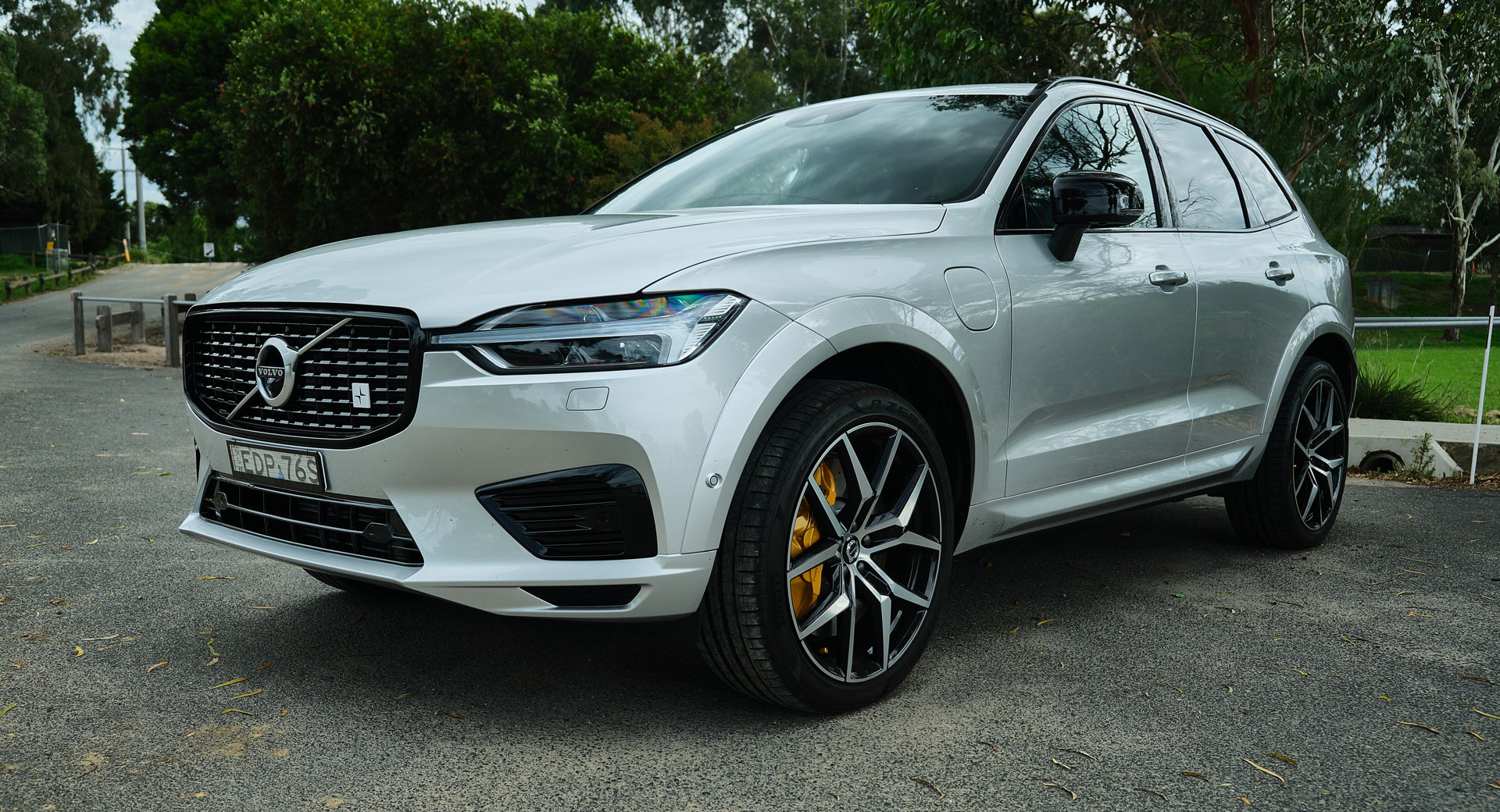 Safety features come in abundance and include Pedestrian, Vehicle, Large Animals and Cyclist Detection, Intersection Collision Mitigation and Brake Support, Steering Support, Blind Spot Information, Park Assist Pilot, 360-degree camera, and more. Volvo’s excellent ProPilot assist system is also featured with adaptive cruise control and lane-keeping aid although it was not quite as consistent as the system used by theS60 we recently reviewed.

The XC60 T8 Polestar Engineered proves, once again, that Volvo is on the right path with its latest generation of vehicles. It performs very good in all conditions and has a huge breadth of abilities. Sure, it may not be as performance focused as some of its rivals on the road but the hybrid system makes it more versatile for your typical SUV buyer.