Volvo Trucks has accustomed us with somespectacular commercialsover the years, and chances are their latest launch film will not disappoint.

For the promotional video titled “The Tower,” Volvo stacked its four new trucks on top of one another, creating a colossal 15-meter (590-in), 58-tonne (127,868-lbs) truck tower. That’s not all: on top of the new Volvo FH, Volvo FH16, Volvo FM and Volvo FMX stood Volvo Trucks president Roger Alm.

Launching four new trucks at the same time is very unusual in the truck industry, and Volvo wanted to mark the moment in spectacular fashion. By forming a truck tower, the company wanted to demonstrate the power and strength of its four new vehicles. 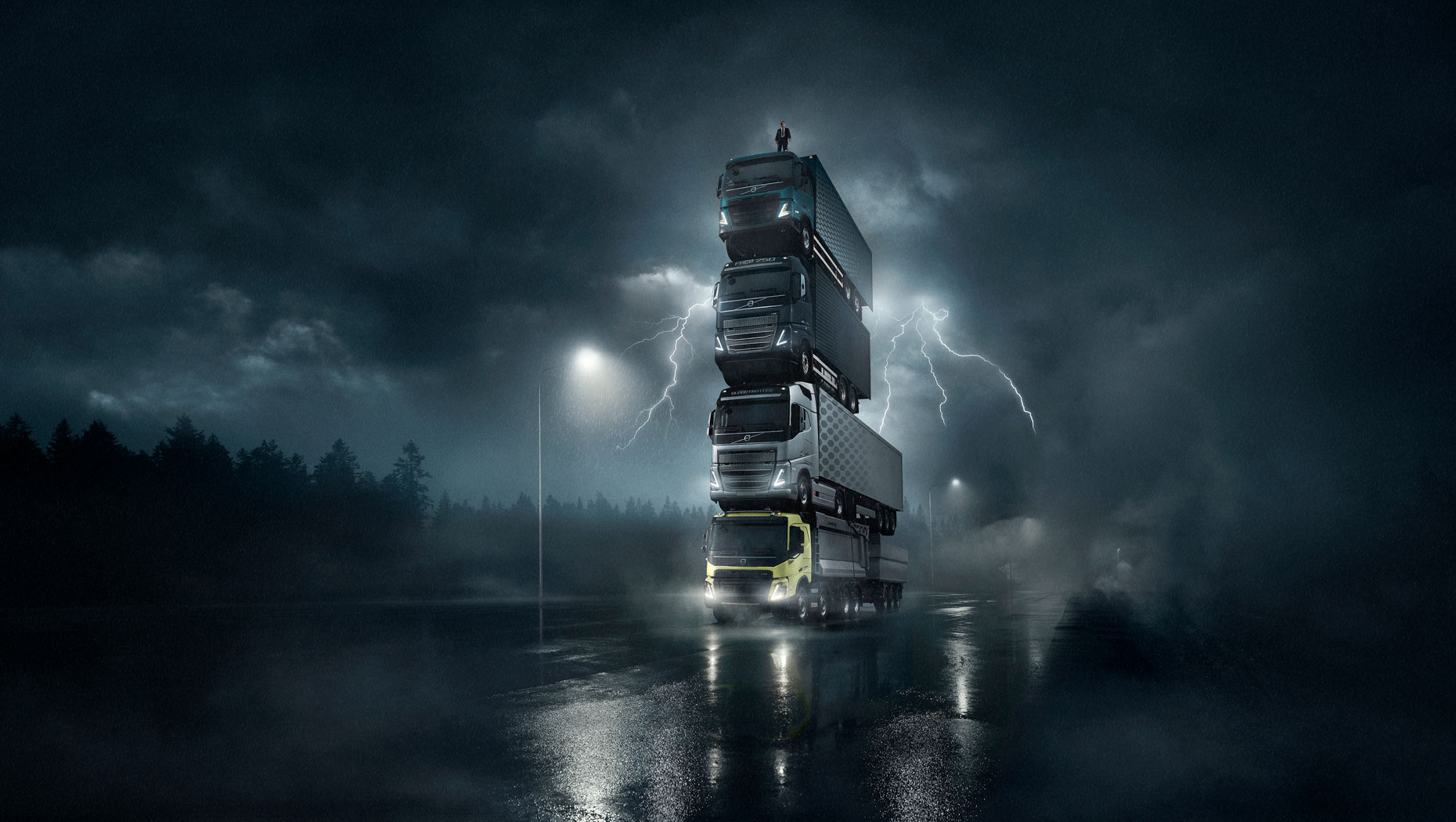 The film was released one day ahead of the official launch of Volvo Trucks’ heavy duty cab-over range in Europe, which includes theVolvo FH, FH16, FM and FMX models. These four nameplates represent about two thirds of the company’s deliveries.

Set in the dead of night, the video starts by showing the truck tower glowing in the distance. As the huge monolith moves forward, wolves are seen in the foreground and we can catch a glimpse of a female driver. Smoke and lighting effects, as well as Vangelis’ iconic ‘Conquest of Paradise’ song bring us to the video’s climax when we see that the man standing on top of the trucks is actually the company’s president, Roger Alm.

“This is our biggest launch ever atVolvo Trucks. They will have a huge impact on our customers’ profitability and ability to compete both for business and the best drivers. I’m used to be on top of things, but for me, shooting the truck tower was definitely an unusual day at work. And let’s just say I have a certain respect for heights. I’m a down to earth guy”, said Roger Alm, president of Volvo Trucks.

Volvo says both the truck tower and the majority of the visual effects are real, including the smoke and lights. See the spectacular launch film below, followed by a behind-the-scenes video which reveals how “The Tower” was shot.