Buying a used car requires a lot of time and research, butiSeeCar’s latest studythinks it can point you in the right direction.

After examining over 6.1 million used vehicles sold over the past six months, the company came up with a list of what they describe as the best affordable used cars. However, there are some caveats as they only looked at 2011 and newer vehicles with “demonstrated long-term reliability” (take that as you will) and at least a four star rating from the National Highway Traffic Safety Administration.

With that in mind, let’s get to the results. Buyers looking for a car under $10,000 are being pointed to the2011 Toyota Priuswhich has an average price of $9,076. Other recommended models include the Chevrolet Impala, Honda Accord / Civic, Mazda6 and Toyota Corolla from the 2011 to 2013 model years.

Before jumping the gun, shoppers might want to check out the list of vehicles available for less than $15,000. While that seems like a big increase, late model sedans such as the 2014 Nissan Maxima and 2015 Mazda6 can be brought for around $13,000. Buyers with more money can get relatively new versions of the Honda Accord and Toyota Camry. A handful of minivans also make the list including the 2016 Dodge Grand Caravan,2015 Kia Sedonaand 2012 Toyota Sienna.

Of course, just because a car makes a list doesn’t mean you should buy it. Anytime you purchase aused vehicle, you should do your own research, and check out its service history and records.  You should also inspect it or have it checked out by a professional. And when it comes to more expensive (when new) and technologically advanced cars like the Audi S4, having some kind of warranty doesn’t hurt either. 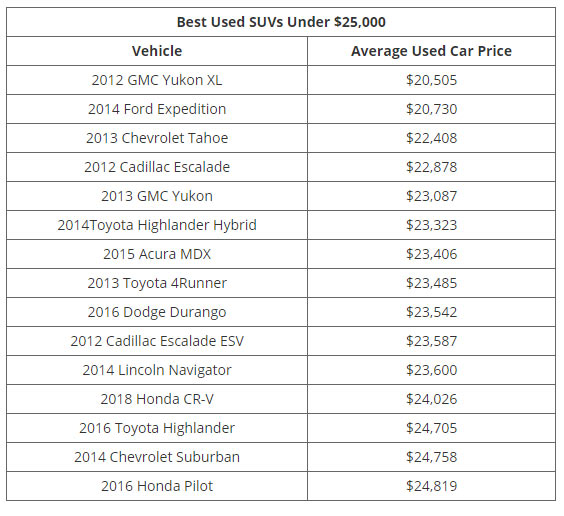 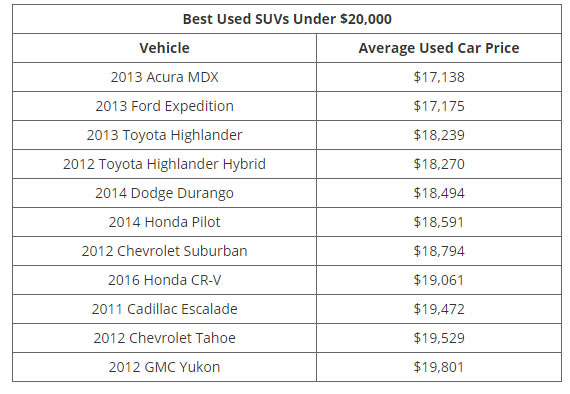 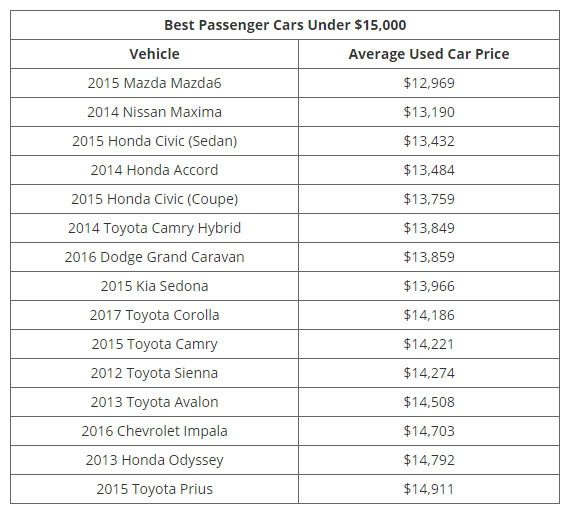