Fromconceptcar to production model in one year: Citroën has unveiled the Ami electric microcar twelve months afterthe debut of the Ami One Concept at last year’s Geneva Motor Show.

Weighing in at just 485 kg (1,069 lbs), including the 5.5 kWh battery, this two-seater is in fact classified as a light quadricycle, just like theRenault Twizy. Unlike the Twizy, however, the Ami has a fully enclosed and heated passenger compartment that’s protected from the elements. 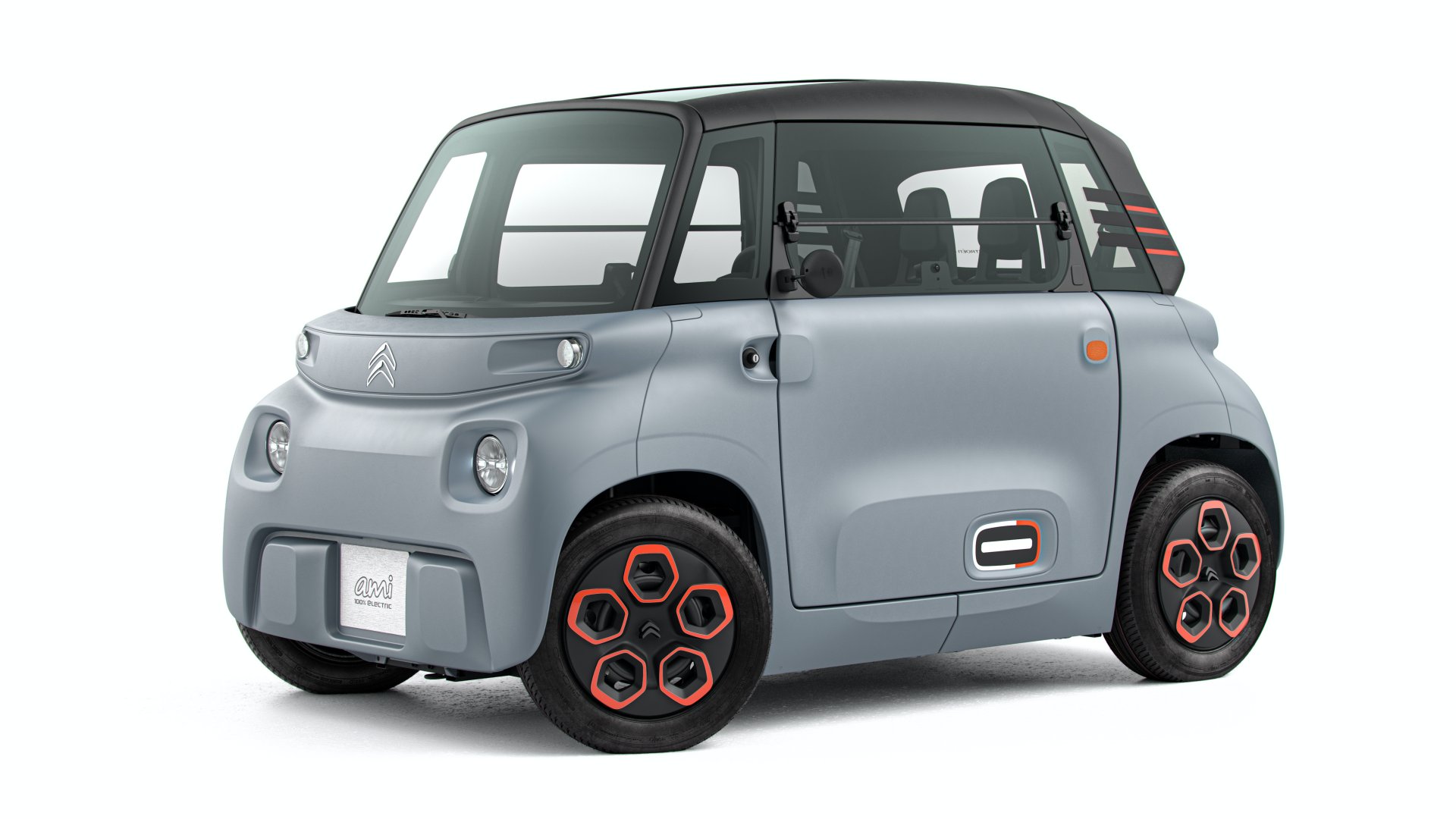 Styling-wise, Citroën’s electric quadricycle looks more down to earth than thenamesake concept. It’s defined by the double-decker light signature at both ends and asymmetrical doors that open in opposite directions, making it rather difficult to tell which way the vehicle is facing. Personalization options will include six colored accessory packs.

Given its classification, the Citroën Ami can be driven without a driving license in the European Union from 16 years old on average (14 years old in France). Thanks to its small size, 7.2-meter (283.5-in) turning circle and all-electric propulsion, the Ami is seen a practical solution for short journeys in cities and a real alternative to scooters, bicycles, mopeds and even public transportation. 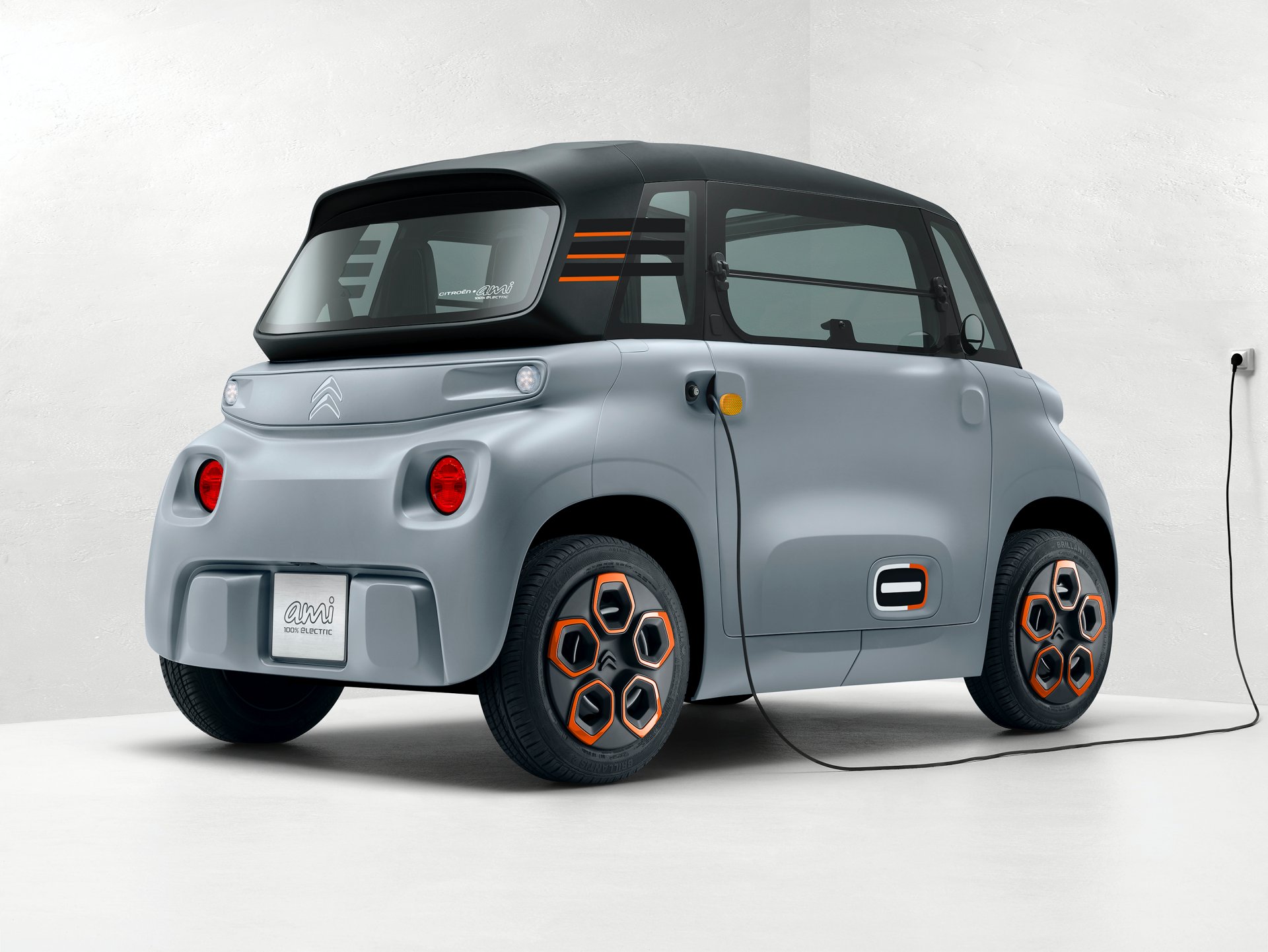 Powered by a 6 kW (8 HP) electric motor, the Citroën Ami has a top speed limited at 45 km/h (28 mph). The 5.5 kWh lithium-ion battery provides a driving range of up to 70 km (43.5 miles) and can be charged in 3 hours on a conventional 220 V socket using the on-board electric cable. The Citroën Ami can also be charged at a public terminal or Wall Box using a suitable cable.

There are several ways of using the Ami, with Citroën offering customers the options of buying it, long-term rental or car-sharing. For those who are interested in buying it outright, the base price in France is €6,000 ($6,585) including VAT. 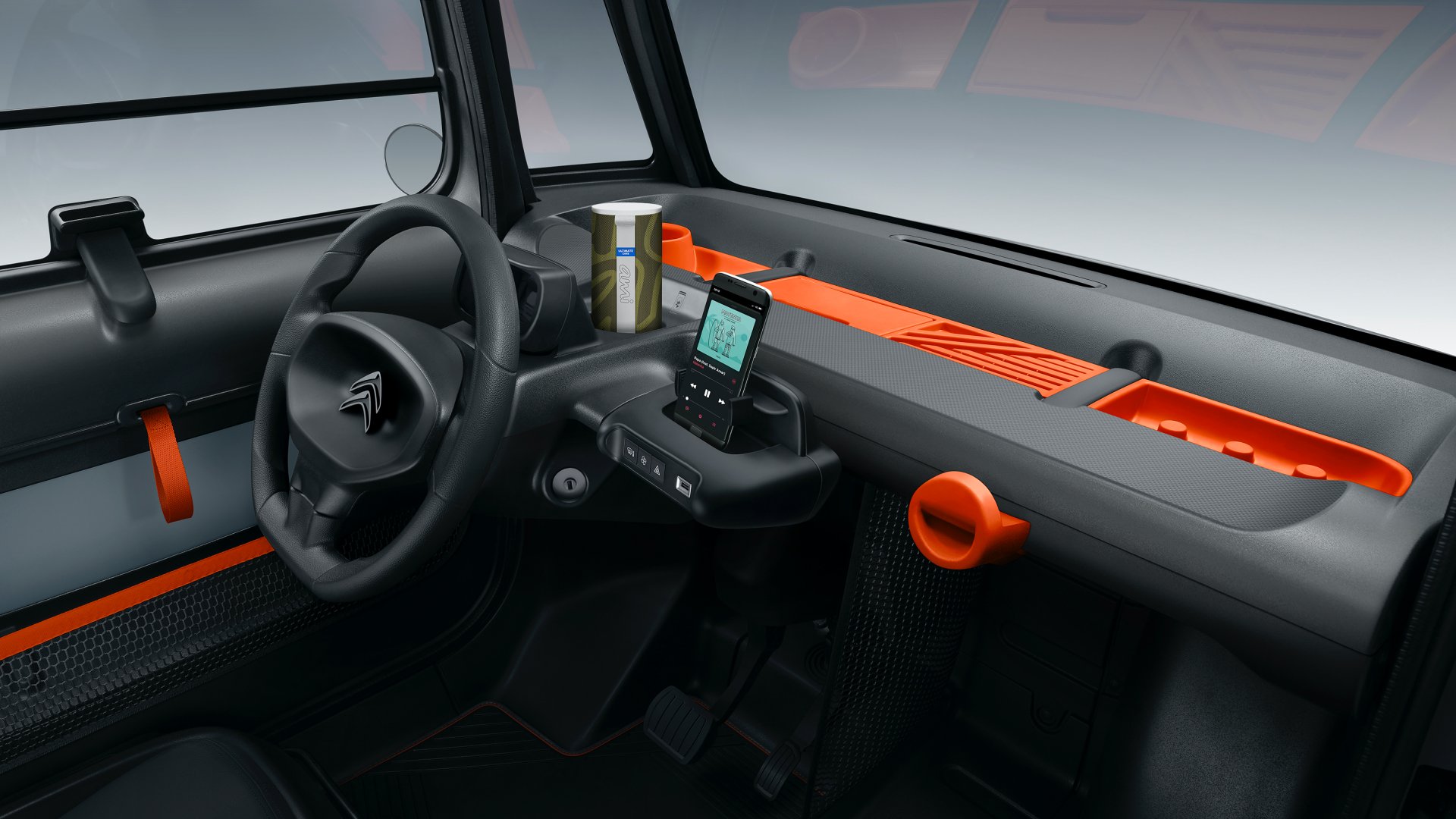 Citroën will start taking orders for the new Ami on March 30 in France and a few months later in Spain, Italy, Belgium, Portugal and Germany. The first deliveries to French customers are scheduled for June.