Even as we approach the reveal date on the new Seat Leon on January 28, the brand’s engineers quietly continue development of the compact model with our spies nabbing the hybrid version.

In particular, we believe this to be the rumored plug-in hybrid Leon that will sit at the top of the range now that Cupra has become a standalone marque and will have its own version of the compact hatch.

Still, we should note that without looking at the driver’s side, where the plug port is found on the front fender of the PHEV VW Golf and Skoda Octavia, we can’t be absolutely sure. The other, less likely possibility, would be a mild-hybrid version of the Spanish hatchback, but that wouldn’t justify the stickers that are used to inform firefighters in case of an accident. 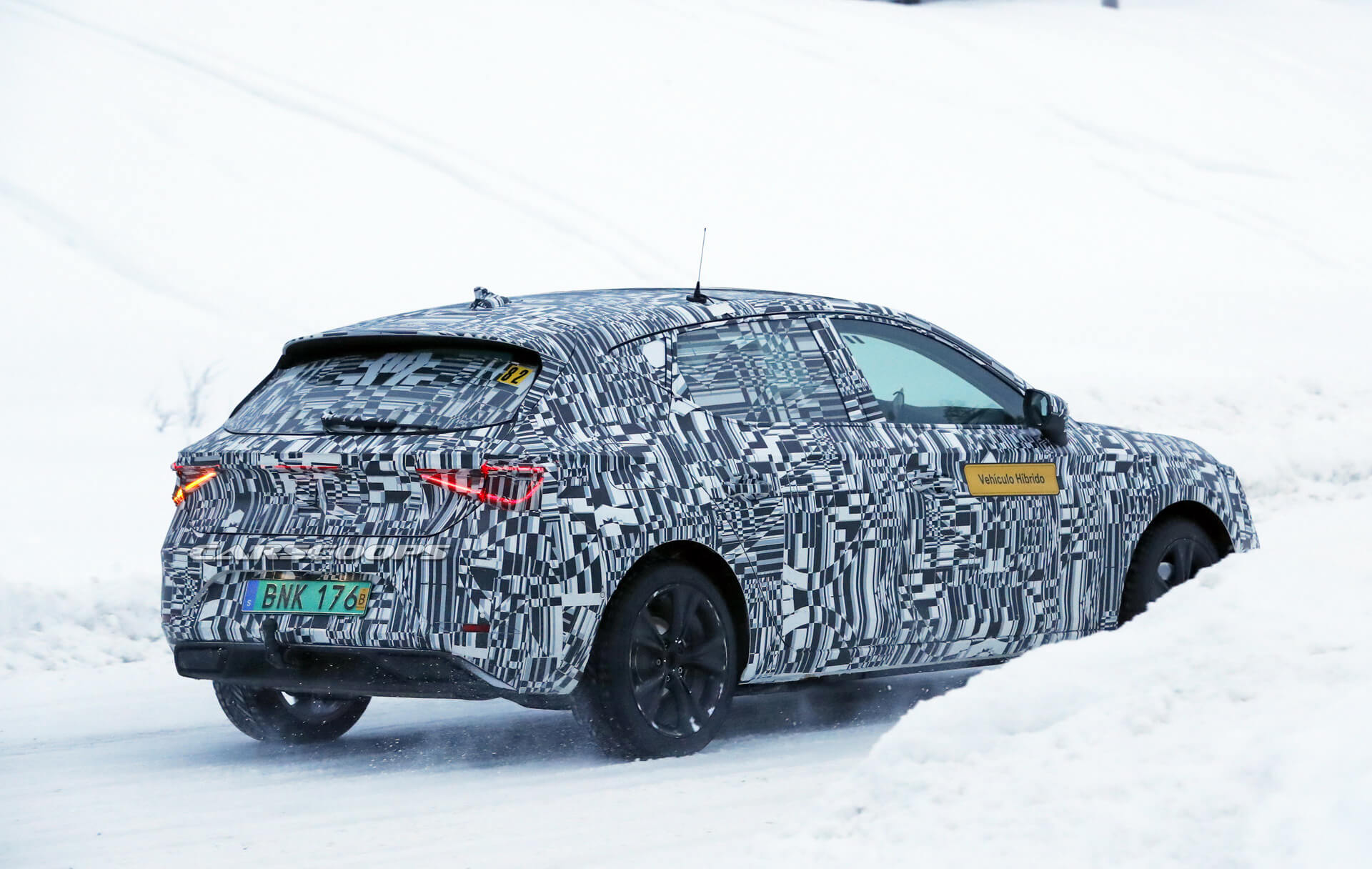 In the new PHEV Volkswagen Golf andSkoda Octavia models, which share the same platform with the new Leon, a 1.4-liter petrol engine is mated to an electric motor putting out a combined 201 horsepower (204 PS / 150 kW), while the 13 kWh battery gives them the necessary juice for up to 55 km (34 miles) of driving in complete silence. Expect the plug-in hybrid Leon to mirror those numbers.

You might be tempted to call it a hot hatch, and technically you wouldn’t be wrong, because it has the right body style and grunt. However, you may want to save that designation for the Cupra variant, which is tipped to pack the same powertrain, although with a healthy boost. The more performance-oriented model is rumored to produce 241 hp (245 PS / 180 kW), complete the 0-100 km/h (0-62 mph) in the mid-six second range and travel on zero emissions for up to 55 km (35 miles).

Cupra will offer an even more powerful version of the upcoming Leon, which could get the same engine as the next Volkswagen Golf R. The 2.0-liter turbo-four will develop 328 hp (333 PS / 245 kW), according to analleged leak.

Seat will unravel part of the mystery next week,on January 28, when they will present the regular versions of the new-gen Leon, while the Cupra will follow at a later stage.