HyundaiandKiaare open to expanding their presence in the SUV segment by each releasing a body-on-frame SUV. Both models will be marketed as alternatives tothe Chevrolet Tahoeandthe Ford Expedition.

“From a brand perspective, obviously that is thinkable. Now, whether it makes sense, and in what region, and with what particular concept remains to be seen,” said Lorenz Glaab, Hyundai’s head of global product management, in an interview withAustralia’sCarSales. “Nothing can be excluded. There is some dynamism in that segment you just described, and we are very much aware of that. We monitor it closely,” he added.

Hyundai and Kia sellthe Palisadeandthe Telluride, respectively. Both are rather large, reasonably spacious, and relatively powerful, but they can’t compete against body-on-fame SUVs like theTahoe, theExpedition, andthe Toyota Land Cruiser, among others. They feature unibody construction, so they’re not as capable off-road. While neither firm has suitable underpinnings to build an SUV on,CarSalesbelieves both new models will ride on a modular frame being developed internally, in part to underpin a pickup about as big asthe Ford Ranger.

Kia officials requested a bigger, more rugged SUV earlier in 2020. Damien Meredith, the chief operating officer of the firm’s Australian division,saidhe wants “one or two bigger SUVs.” He also confirmed Kia will launch a Ranger-baiting pickup, which lends credibility to the claim that the platform will also be used to underpin an SUV.

Powertrain specifications are still up in the air. Rear-wheel drive will presumably come standard, and four-wheel drive will be either offered at an extra cost, or made standard on some variants.CarSalesspeculates a two-speed transfer case could be available, and it added the 3.0-liter turbodiesel straight-six developed forthe Genesis GV80will be the base engine in some global markets. It’s reasonable to assume ahybridoption will appear, too.

If the report is accurate, both SUVs could land in 2023, meaning they might be labeled 2024 models in the United States. They’d also be sold in Australia, where motorists have a healthy appetite for off-roaders, in theMiddle East, where theLand Cruiserand theNissan Armadareign supreme, and in Russia. Interestingly, posh spin-offGenesiscould receive its own version of the SUV, much likeLexusgets a specific variant of the Land Cruiser. 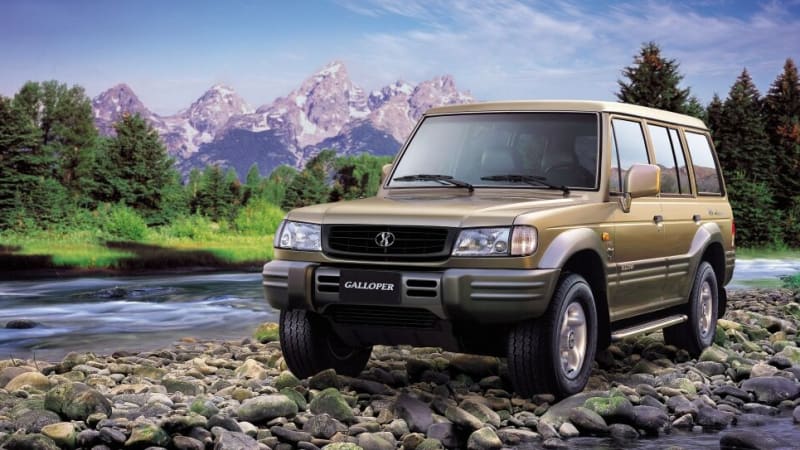 In the United States, Kia’s entry into the segment will pick up wherethe short-lived Borregoleft off. It’s still sold in several global markets, where it’s known asthe Mohave. Hyundai has been here before, too. In 1991, it released a Land Cruiser-like off-roader named Galloper that was based on theMitsubishiPajero and offered with two or four doors. It received an update in 1999, it was briefly sold in Europe, and it retired in 2006. Its spot in the firm’s global range was filled by the Terracan released in 2001.