The big news this month was the COVID-19 disruption. Despite this, global EV sales were solid mostly due to another great result from Europe, and China starting to recover. Perhaps the surprise for March wasTesla Model 3 outselling all other models by a factor of over 9 fold.

Of note74%of all global electric car sales in March 2020 were 100% battery electric vehicles (BEVs), the balance being hybrids.

Note: The above sales include light commercial vehicles.

Note: An acknowledgement to Jose Pontes ofEV SalesandEV Volumesfor his excellent work compiling all the electric car sales quoted above and below. 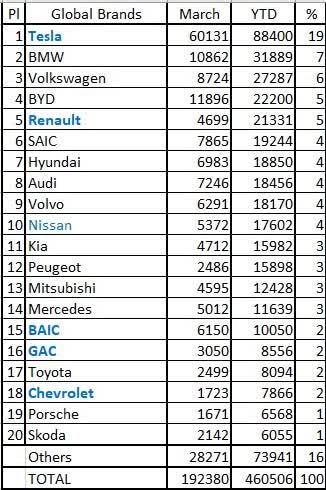 The chart below aligns with my research that electric car sales will really take off after 2022, when my model forecasts electric and ICE car price parity. 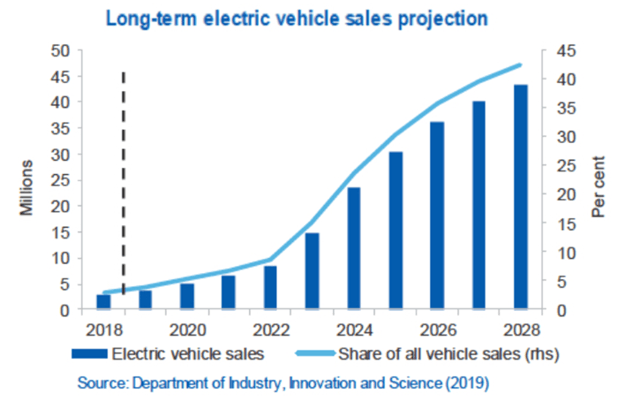 A similar forecast is shown below. 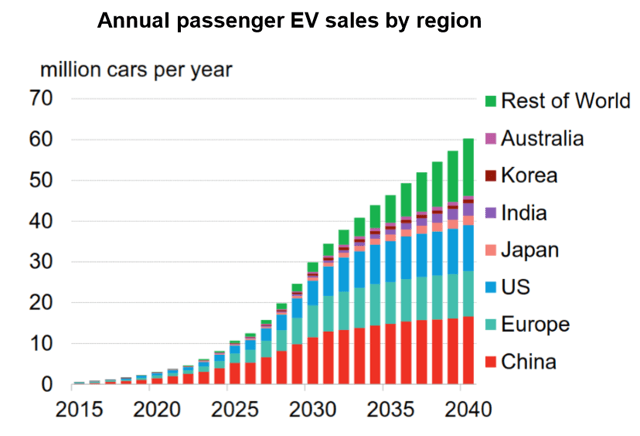 On April 9, the Robb Reportreported: The first all-electric air taxi service is launching in LA next year. Quantum Air plans to be the world’s first electric air commercial operator when it opens an LA-based UAM network in 2021…The company says the eFlyer 2 costs $23 per flight hour to operate compared to $110 per hour for the Cessna 172, while maintenance costs for the electric engines are also much lower. 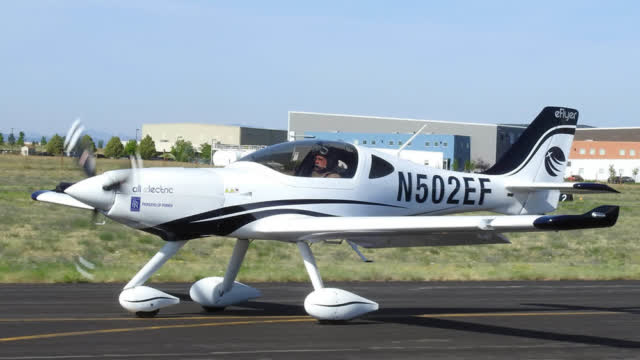 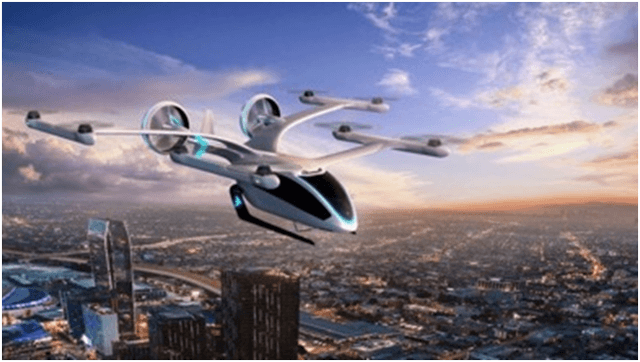 Electric vehicles power lithium demand. In early phases of once-in-a-century demand transformation. The sharp rise in the need for lithium largely mirrors the Morningstar’s forecasted growth in fully electric and hybrid vehicles. “By 2030, we forecast half of all new auto sales globally will be electrified in some form,” the research firm wrote. The advisor sees the sharpest increases in EV sales after 2025, when it expects the costs and convenience of owning and fueling an EV to be on par with internal combustion engine vehicles.

On April 21 Electrekreported: “Tesla Model 3 fleet is delivered to Thai police who turns them into patrol cars.”

New China EV incentives fresh boost for cobalt, lithium price. Under the modified policy, subsidies are reduced year-on-year through to 2022, starting at a 10% cut this year. While at first blush this may be a negative, BMO Capital Markets points out that “there is now an incentive for buyers to bring forward their purchase, whereas previously they may have delayed, supporting both lithium and cobalt markets”. Another positive for cobalt and nickel prices are rules announced by the finance ministry to raise the requirements for the driving range and energy intensity of vehicles in order to qualify for the subsidies. More stringent range requirements favour batteries with NCM (nickel-cobalt-manganese) or NCA (nickel-cobalt-aluminum) cathodes over LFP (lithium-iron-phosphate) which while substantially cheaper, are bigger and heavier and offer lower range…..subsidies will only apply to passenger cars costing less than 300,000 yuan ($42,376). China has set a target for NEVs to account for a fifth of overall car and truck sales by 2025, compared with the current level below 5%. The EV industry is a pillar of the ruling communist party’s controversial Made in China 2025 program to dominate hi-tech fields globally.

Tesla Cybertruck pre-orders soar to over 600,000. Even more amazing is perhaps that new pre-orders are still coming in at a pace of around 1,000 per day, that’s despite these uncertain times amid the COVID-19 outbreak.

On April 2 Car Buzzreported: “Tesla Cybertruck is being completely redesigned. Safety concerns have prompted Tesla to rethink the Cybertruck’s design.”

An early render gives us a preview of the redesigned Cybertruck 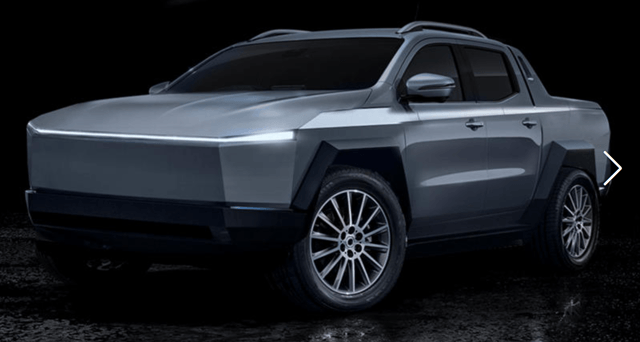 Goldman Sachs a believer in Tesla. “We are positive on Tesla because we believe that the company has a signiﬁcant product lead in EVs, which is a market where we expect long-term secular growth,” notes Goldman Sachs analyst Mark Delaney. Delaney points to the combination of Tesla’s product leadership and early mover advantage. He also sees the Model Y helping Tesla to have more traction in the important SUV and crossover market with the price set to be lower than the Model X. Goldman assigns a price target of $864 on Tesla in its return to coverage.

Amid pandemic, cities woo Tesla over Cybertruck factory possibility….. Joplin, Missouri, has offered a $1 billion incentive package to Tesla, with the hope that a factory will add 7,000 jobs, reported The Joplin Globe.

Tesla completes massive expansion of its ‘world’s biggest battery’. Tesla and Neoen, the owner of the Tesla Powerpack farm in Australia that has been described as the “world’s biggest battery”, have completed a massive expansion of the big battery system. The 100 MW/129 MWh Tesla Powerpack project in South Australia provides the same grid services as peaker plants, but cheaper, quicker, and with zero emissions through its battery system. It has proven so efficient that it reportedly should have made around $1 million in just a few days in January of 2019….

On April 29 CNBCreported: “Tesla delays Semi production and deliveries until 2021.”

Investors can read my June 2019 Blog post:“Tesla – A Look At The Positives And The Negatives”, where I rated the stock a buy. It was trading at USD 196.80.

Audi decides against all-electric version of its A8 flagship sedan…..Instead, the German luxury brand will equip the A8 with a plug-in hybrid with about 30 miles of electric range.

Porsche Taycan 4S has arrived in the US—with the longest range of the lineup…..The Taycan 4S with the Performance Battery Pack starts at $110,720. Porsche can deliver the Taycan in person “where it’s feasible to do so,” but elsewhere it’s offering a contactless home delivery service in which customers don’t even have to leave the house. 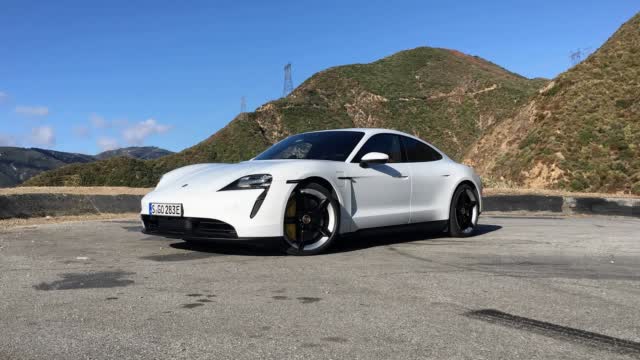 BYD reveals ultra-safe blade battery: Pierces it with a nail. BYD Blade Battery leverages safety and improves volumetric energy density. Blade Battery will debut in the BYD Han (June 2020). The Blade Battery is essentially a lithium iron phosphate (LFP) battery, but in a new approach to significantly increase safety and volumetric energy density as well as reduce costs. To improve the batteries, BYD changed the conventional prismatic LFP cells into thinner and longer cells, which were designed to become structural parts (beams) of the pack. That simplifies the pack design.

Renault stops making gas cars in China, shifting sales only to electric cars. But the French automaker will retain its interest in three different ventures to produce multiple electric vehicles in the world’s largest auto market and for export. Renault launched its K-ZE all-electric city car in China in 2019. The car is produced by eGT New Energy Automotive Co., the joint venture with Nissan and Dongfeng in which Renault has a 25% stake. Renault will also develop four EVs…..with Jiangxi Jiangling Group Electric Vehicle (JMEV). And it will retain a 49% stake in a venture with Brilliance Auto Group to make all-electric light commercial vehicles.

Investors can read my recent Trend Investing article: “The Era Of The Truly Affordable Electric Car Is Finally Arriving Soon Helped By Renault.”

SAIC earmarks 3.3 billion yuan for incentives to boost Roewe sales. In addition to those five vehicles — the i5 and i6 Plus sedans and the RX3, RX5 and RX8 crossovers — SAIC builds and markets plug-in hybrid and electric vehicles under the Roewe and MG brands. 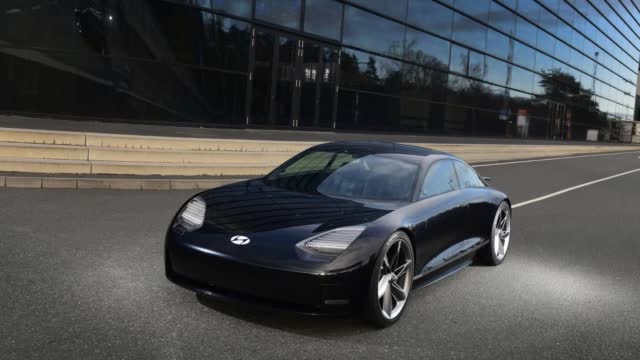 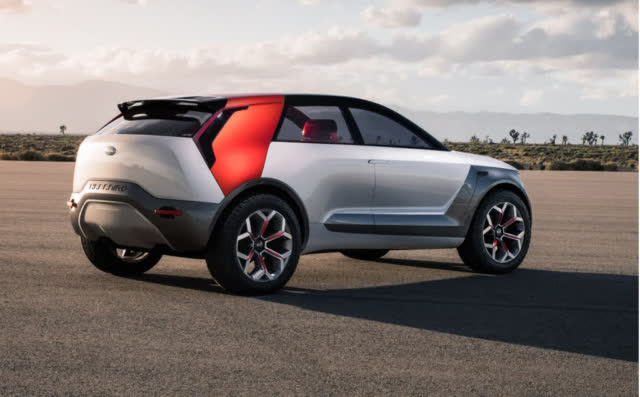 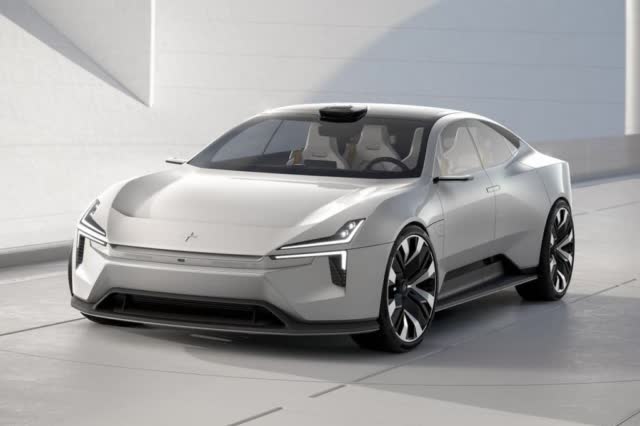 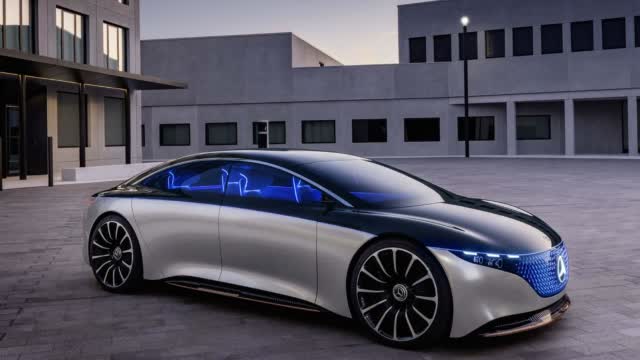 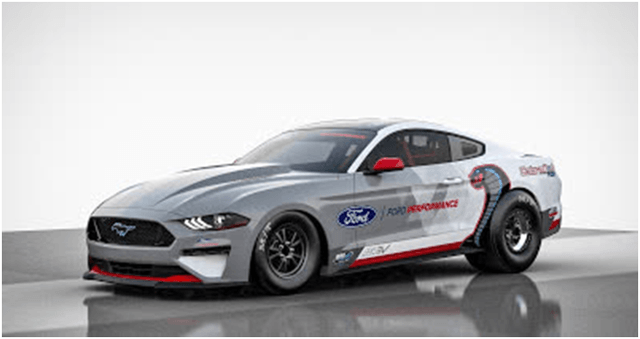 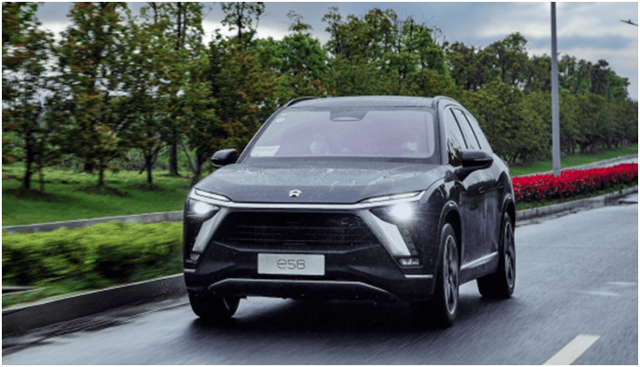 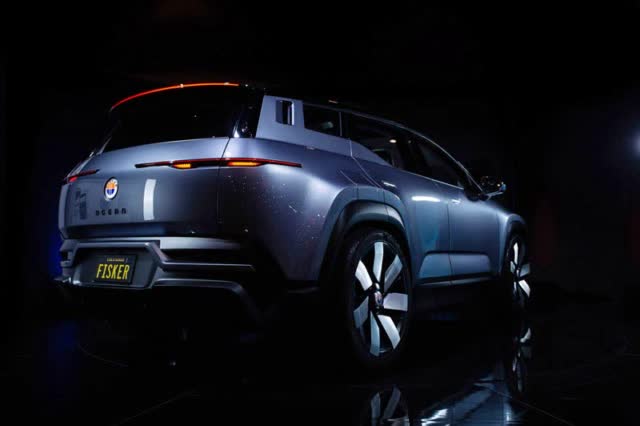 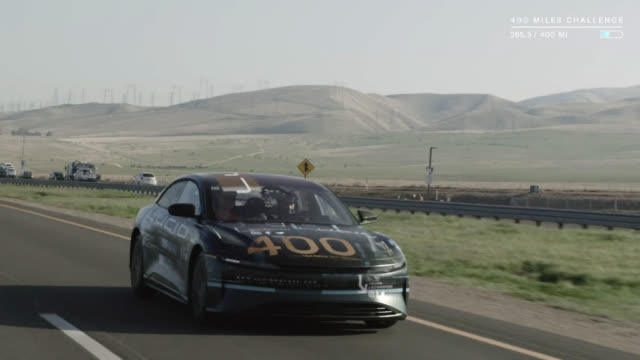 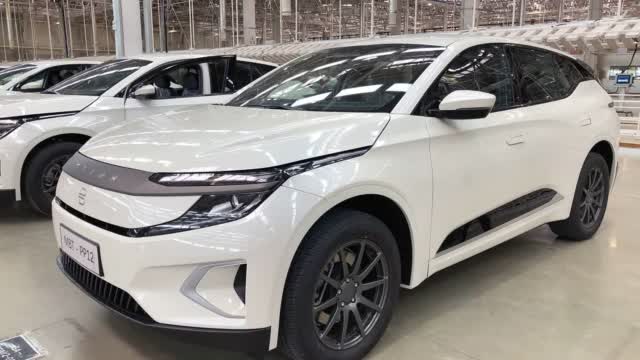 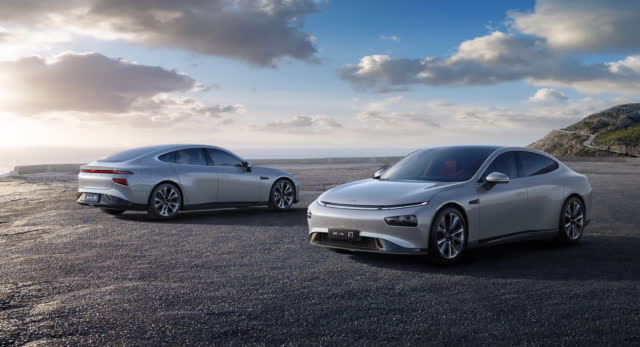