The Bugatti Veyron is a car of superlatives. It is one of the fastest, most expensive cars ever made. Its 8.0-liter engine has 16 cylinders and four turbochargers. The car needs 10 radiators to keep itself cool. It makes nearly 1,000 horsepower and famously hit 267 mph.

Scroll down to see some never-before-published images of how Bugatti pulled off bringing an incredible vehicle to production.

In 1997, Ferdinand Piëch, Volkswagen’s then-chief executive and former engine developer and engineer, was struck by an idea. 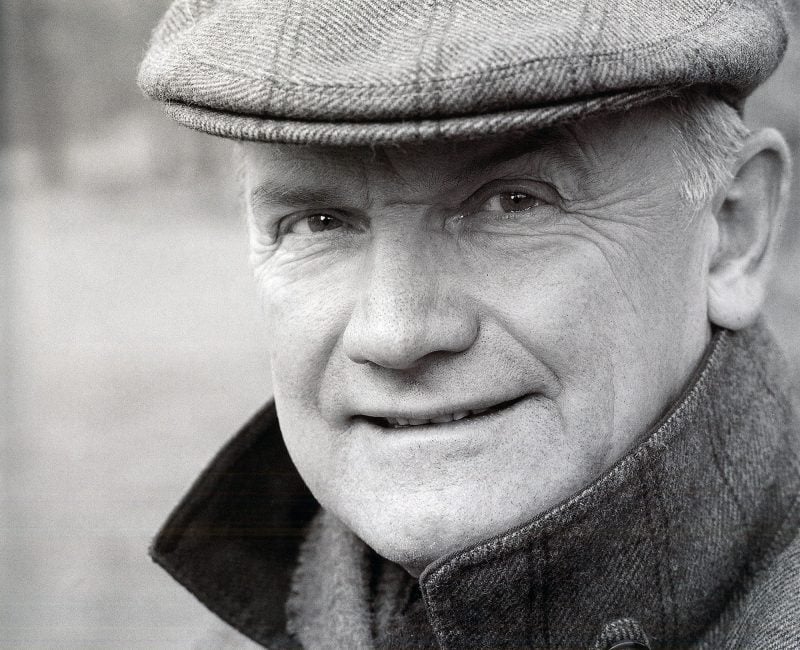 He drew an engine with 18 cylinders on an envelope — an engine that would be more powerful than anything that had come before it. 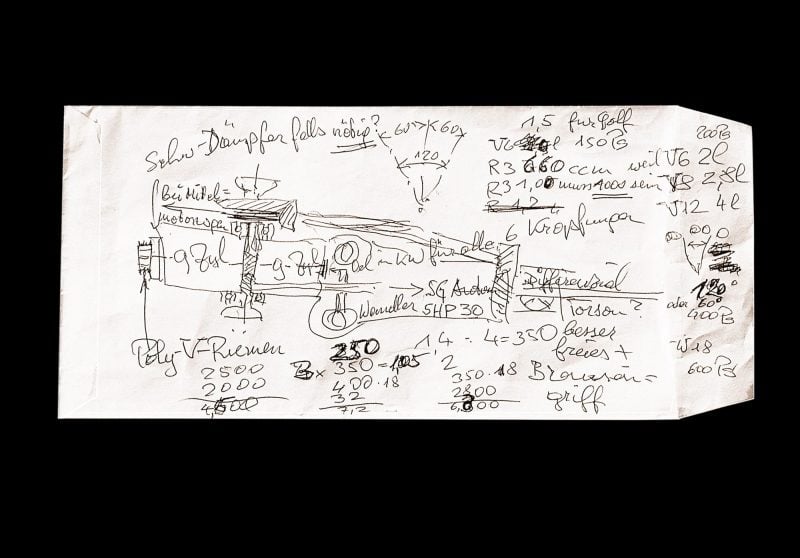 The engine Piëch designed involved three VR6 six-cylinder engines fitted together that were offset by 60 degrees to one another. 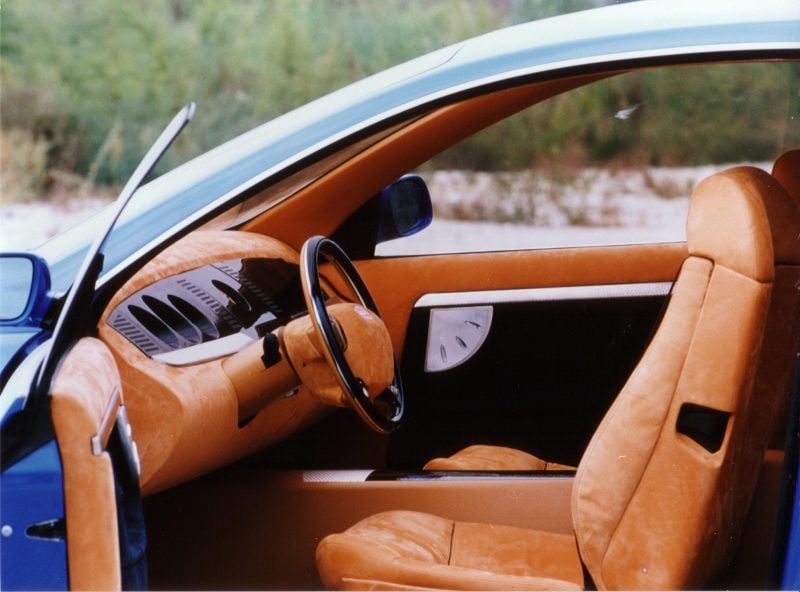 Piëch had his engine — now he needed a brand to go along with it. 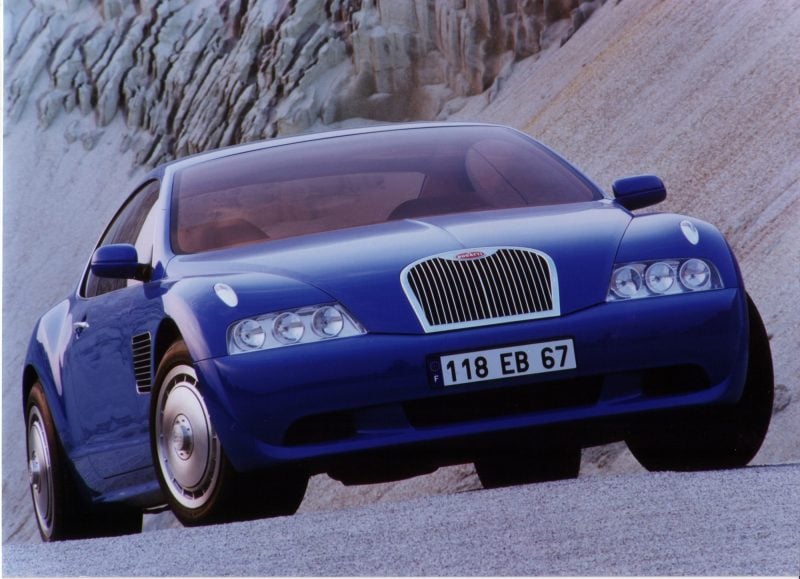 While on vacation in 1998, Piëch saw a toy Bugatti Type 57 SC Atlantic in a souvenir shop. He returned to work at Volkswagen and asked his team to investigate the rights of the French automaker and buy them.

Bugatti’s founder, Ettore Bugatti, was also a fan of big engines in big cars. The 1926 Bugatti Type 41 Royale was the biggest and baddest car of its day, with a 12.8-liter, inline eight-cylinder engine that made about 300 horsepower.

In 1998, Volkswagen acquired Bugatti from Romano Artioli, a car importer. The first design prototype, penned by Italian design house Italdesign, was called the Bugatti EB 118 and had 18 cylinders. 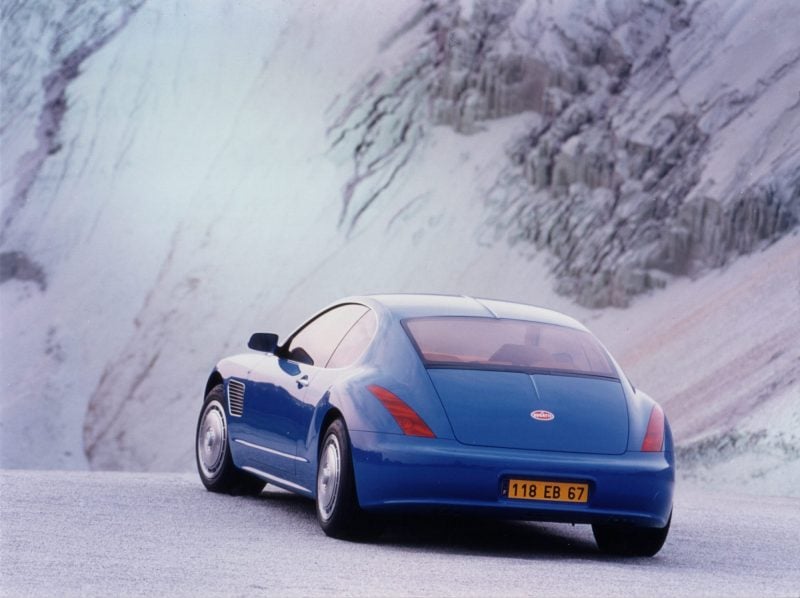 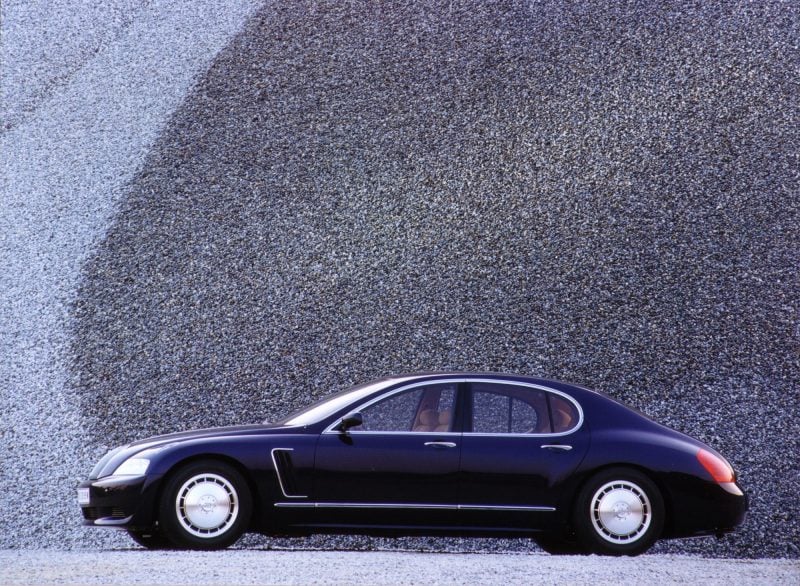 The body was made of aluminum and the wheels were made of magnesium. 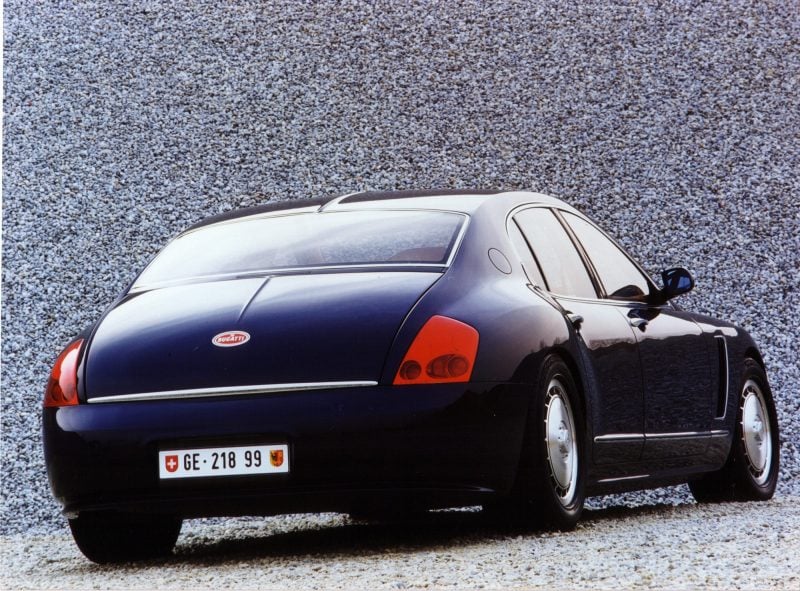 The three-tone paint was (and still is) awesome. Bugatti put the best quality wood and leather it could find in the interior. 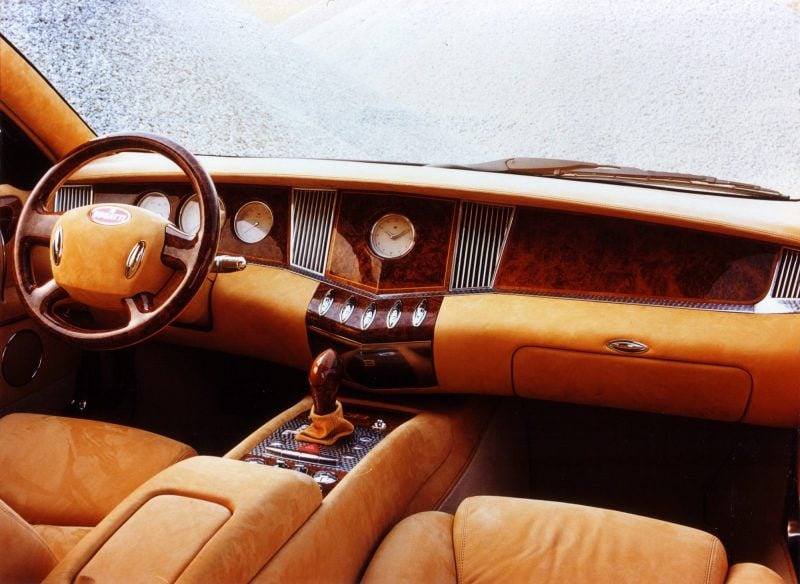 The third concept was called the EB 18/3 Chiron. 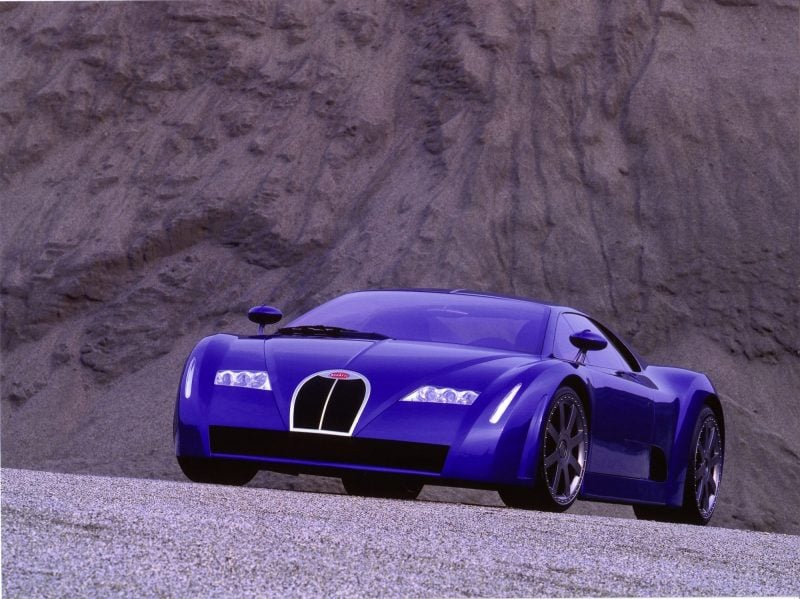 It was the first time Bugatti showed off a “super sports car.” 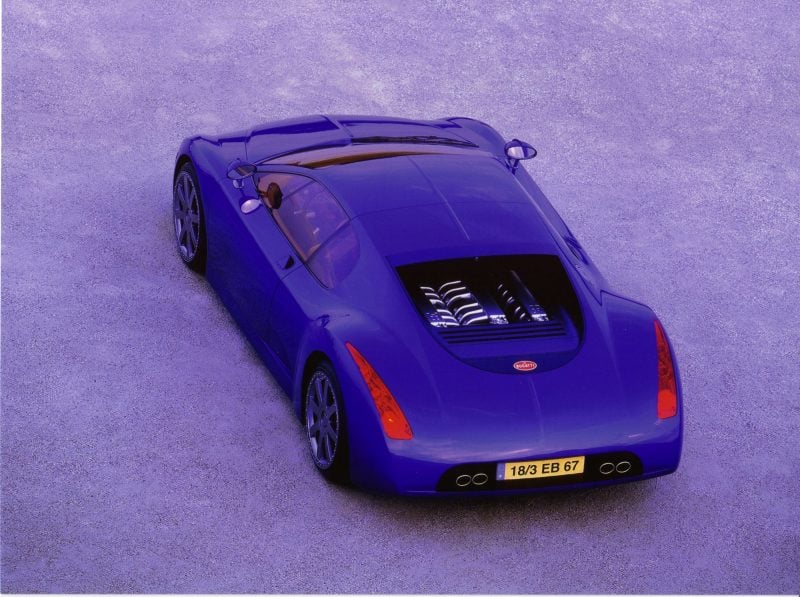 Can you imagine driving something like that with a manual transmission? 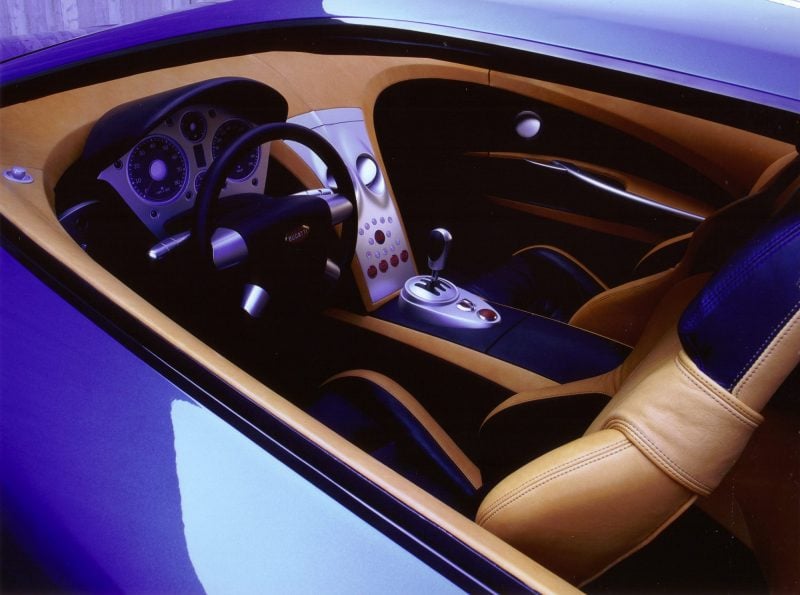 Bugatti showed off the fourth concept at the 1999 Tokyo Motor Show, called the EB 18/4 Veyron. 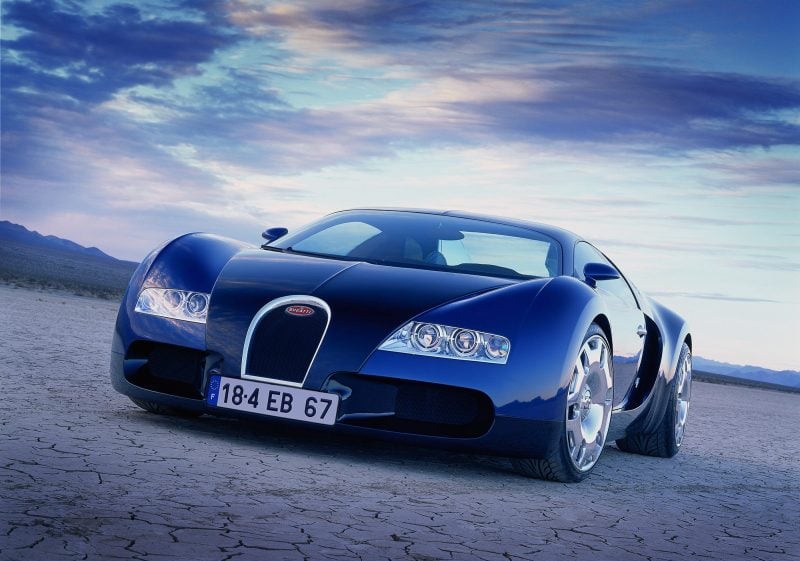 You can see that this concept looks very close to the production version of the Veyron that ultimately launched. 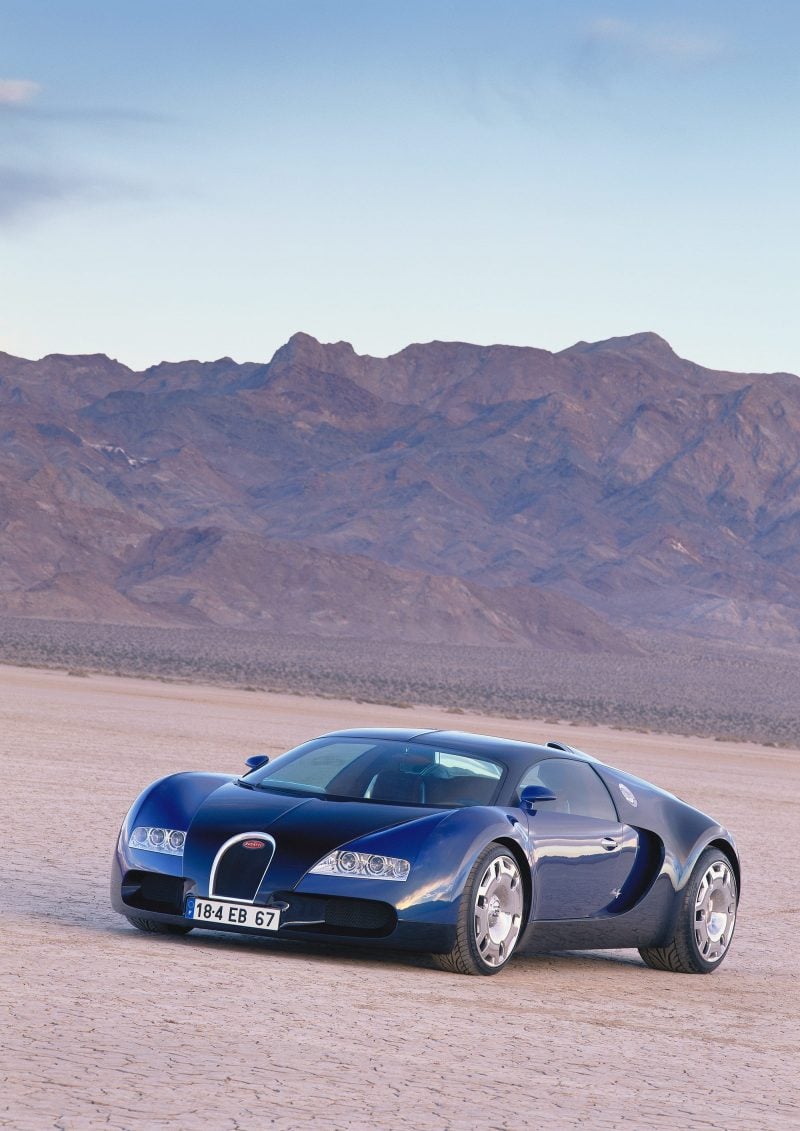 Piëch was adamant that the car had to be immediately recognizable to the public. He took Ettore Bugatti’s motto — “If it’s comparable, it’s not a Bugatti” — to heart. 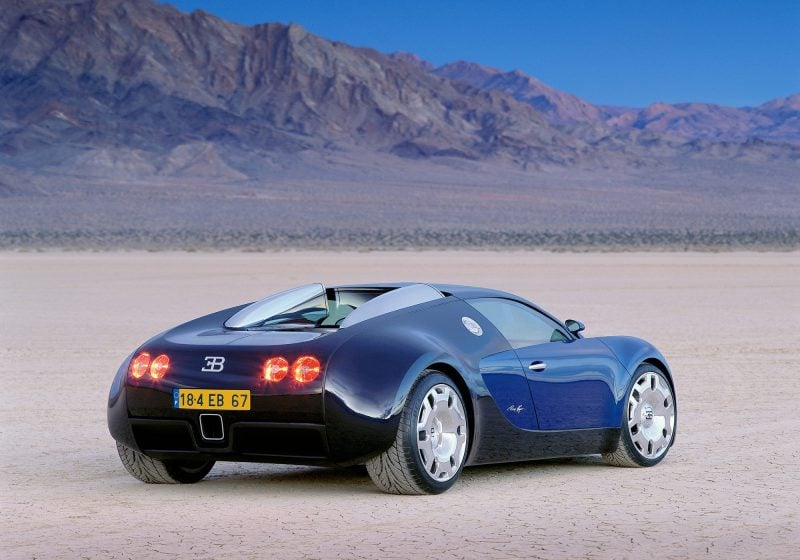 At the 2000 Geneva Motor Show, Piëch told the world of Bugatti’s plans to unleash a car that would make nearly 1,000 horsepower, could achieve speeds of over 248 mph, and could accelerate from 0 to 62 mph in less than three seconds. 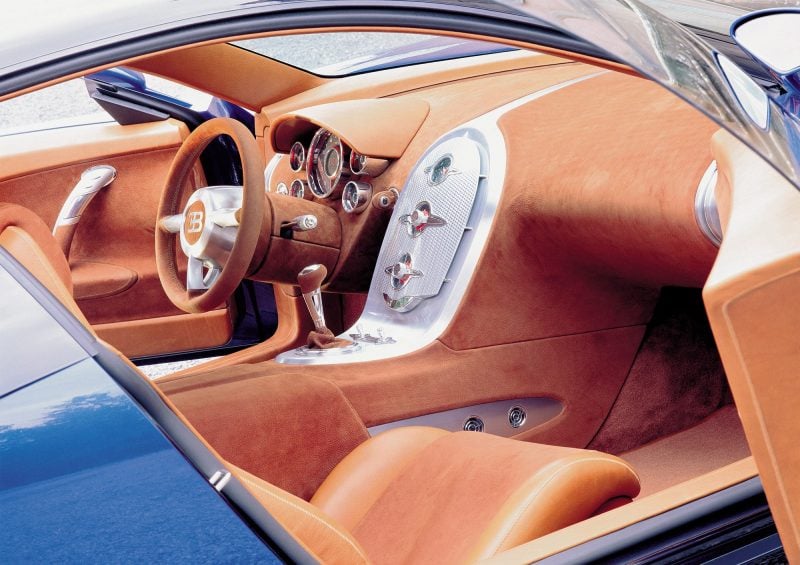 A car that could do all that, but also be daily driven in comfort. 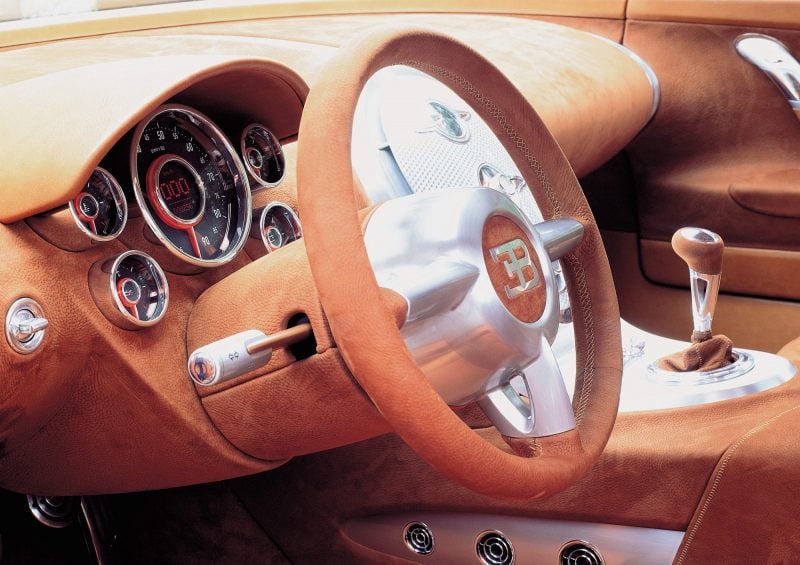 The production version of the Bugatti Veyron didn’t wind up with 18 cylinders. 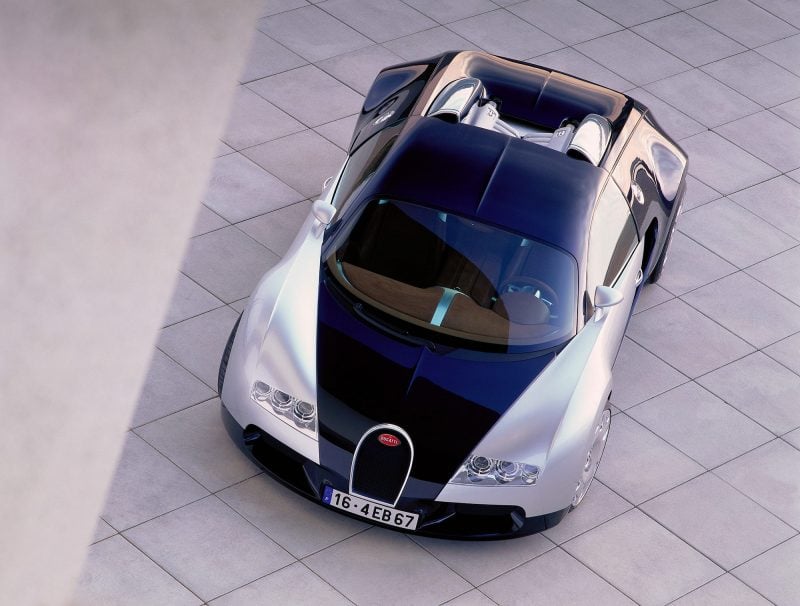 Instead, it had a W16 engine, made from two V8s stuck together at 90 degrees from each other and their cylinder banks separated by a 15-degree angle. 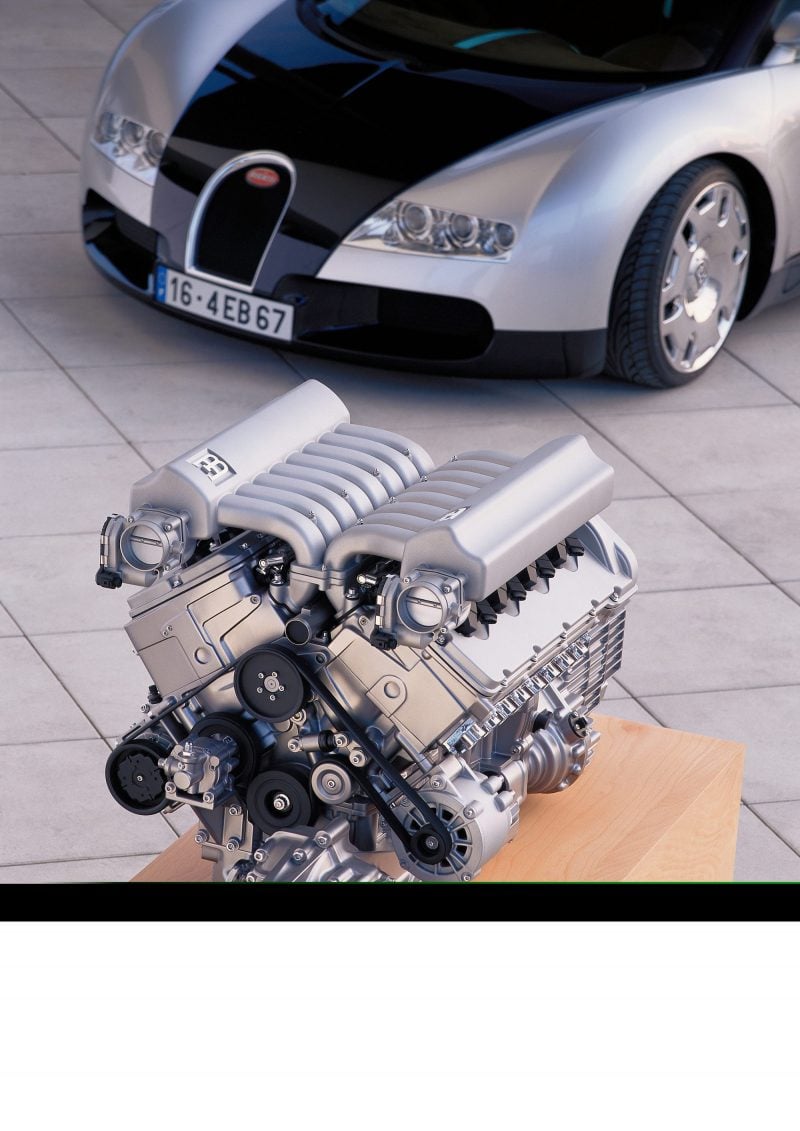 And the engine was turbocharged, while the concepts were not. 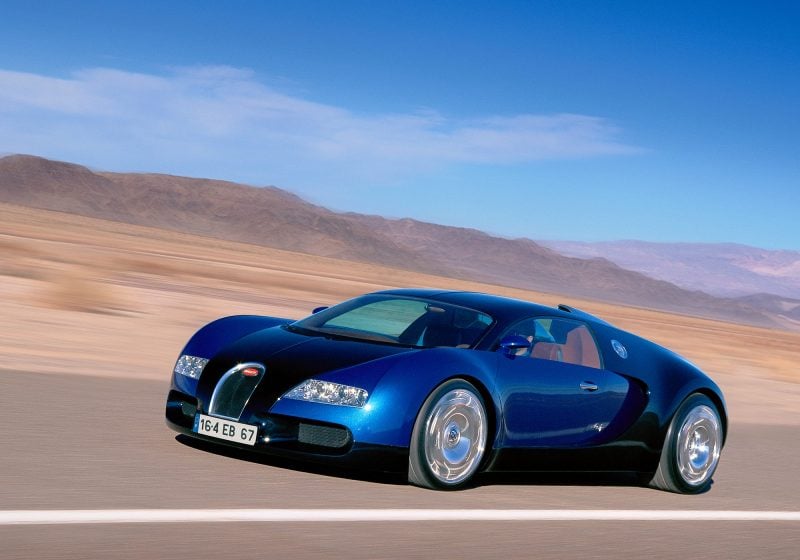 There was also permanent all-wheel drive to cope with all the power. 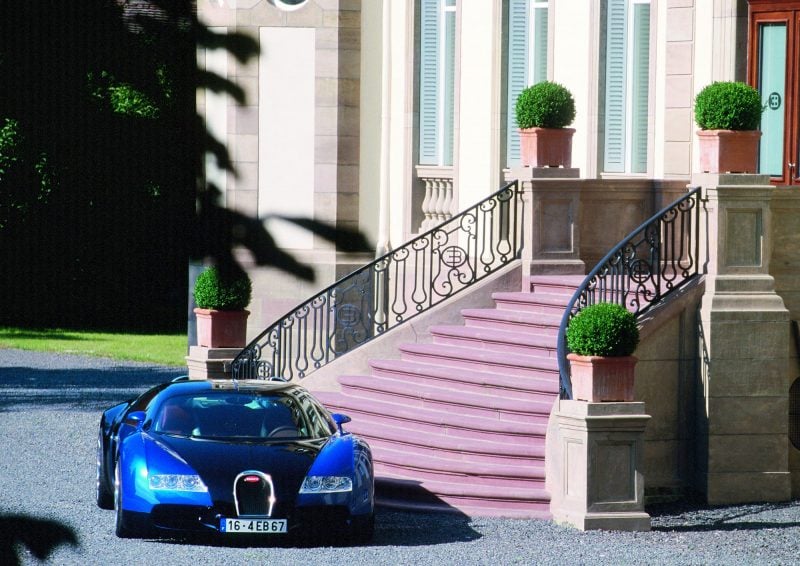 Even though the Veyron is 15 years old, it still commands respect. 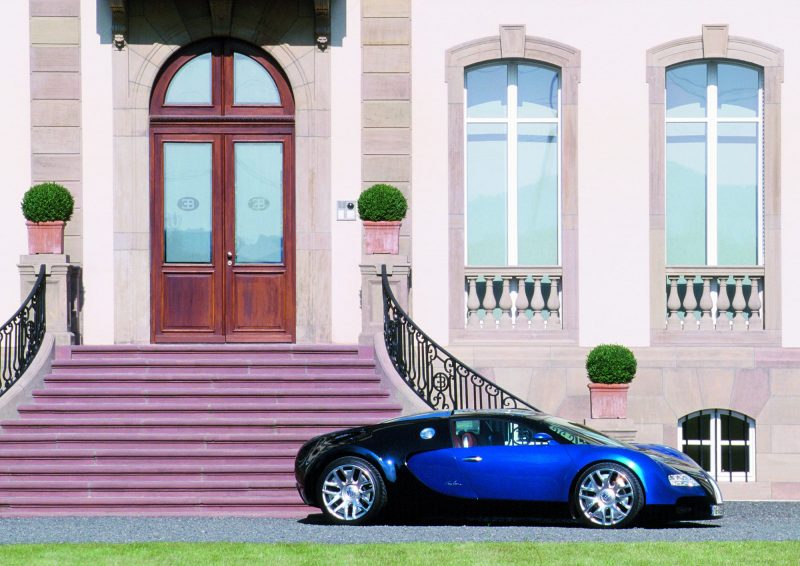 It’s still the king to some. 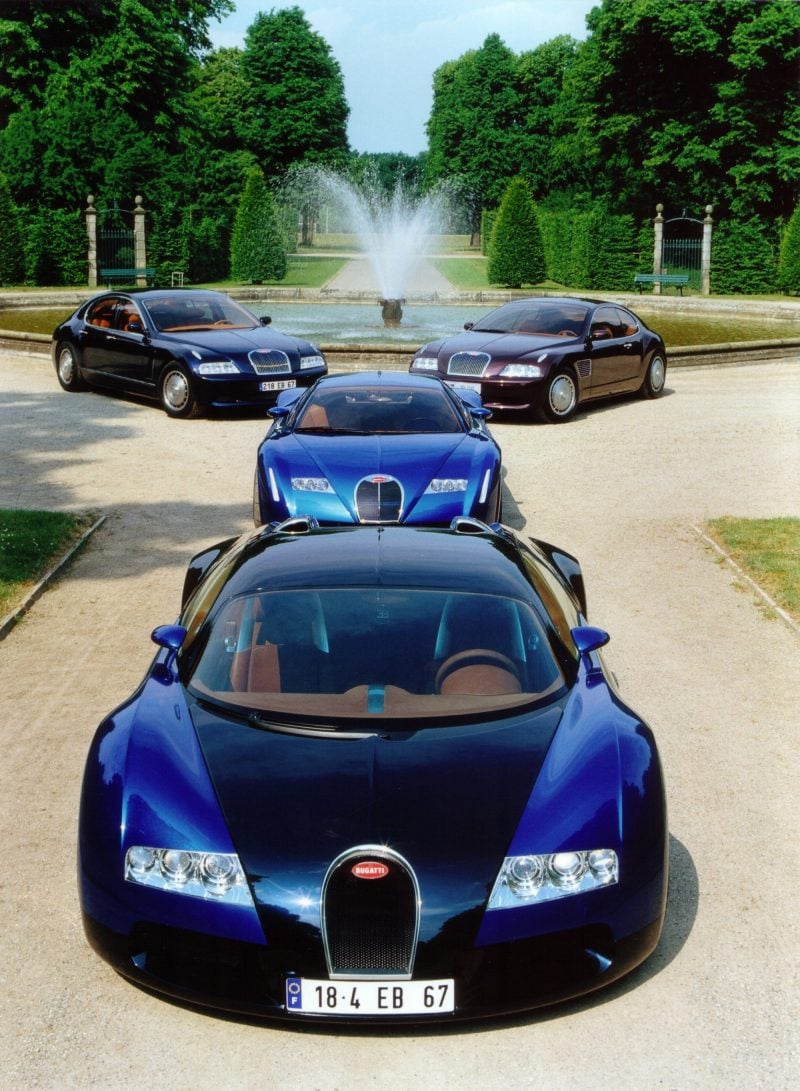 You can really see the progression of Bugatti’s design language here. 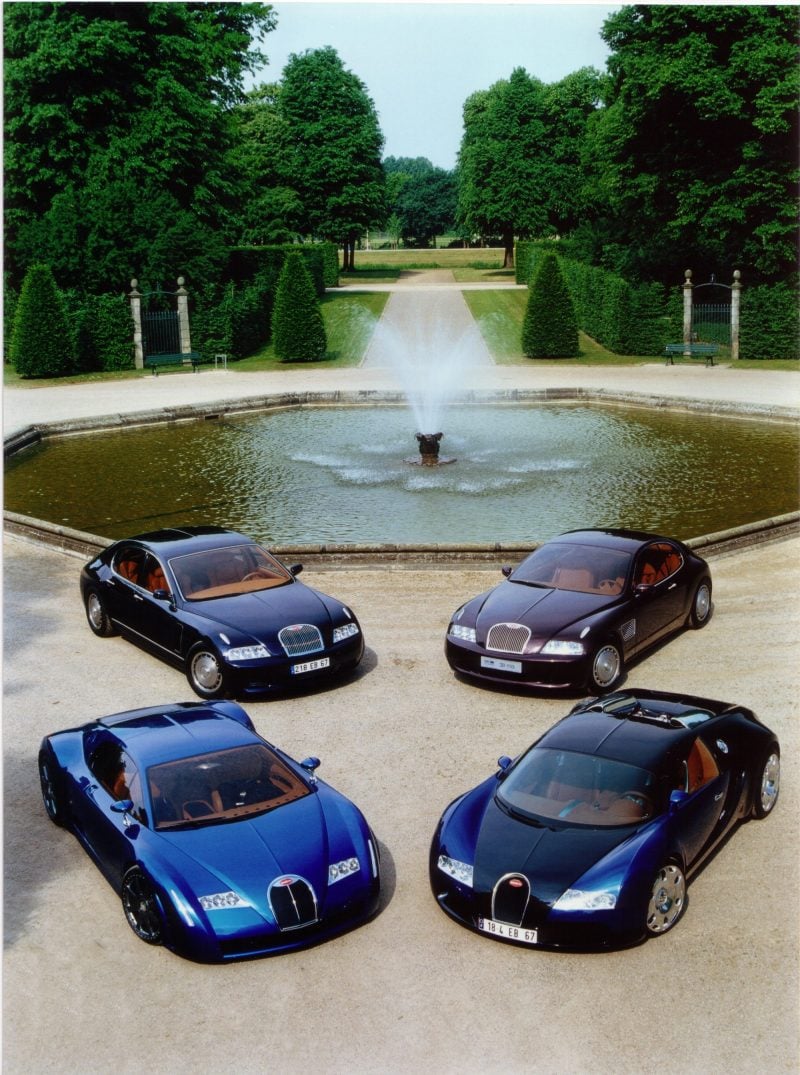 Ettore Bugatti died in 1947, but his spirit lives on in modern Bugattis — as does Piëch’s fondness of many cylinders, because even in 2020, 16 remains the magic number for Bugatti. 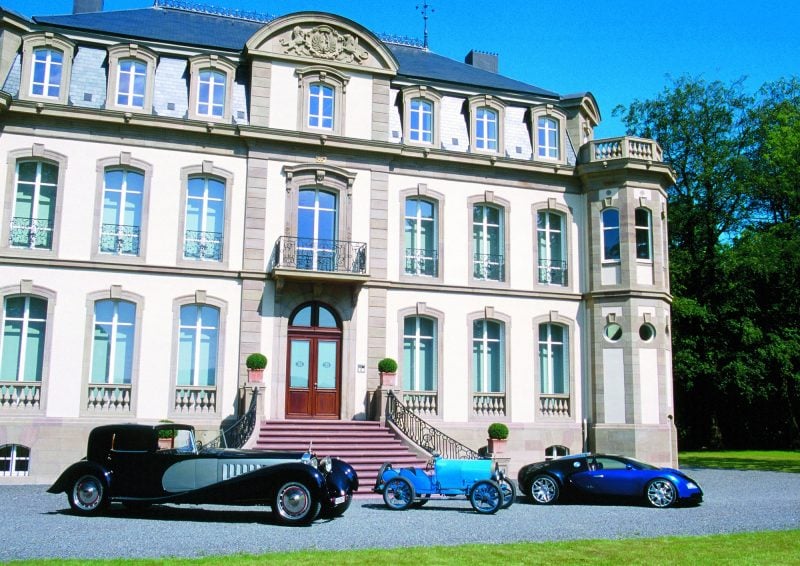