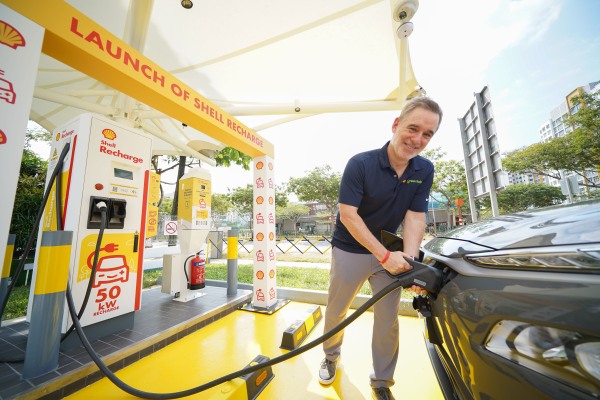 Royal Dutch Shell, the energy giant known for its fossil fuel production and hundreds of Shell gas stations, is creeping into the electric vehicle-power business.

The company’s first DC fast charger from its newly acquired companyGreenlotslaunched Monday at a Shell gas station in Singapore. Greenlots, an EV charging startupacquired by Shellin January, installed the charger. This is the first of 10 DC fast chargers that Greenlots plans to bring to Shell service stations in Singapore over the next several months.

The decision to target Singapore is part of Greenlots’ broader strategy to provide EV charging solutions across all applications throughoutAsiaand North America, the company said. Both Shell and Greenlots have a presence in Singapore. Greenlots, which is based in Los Angeles, was founded in Singapore; and Shell is one of Singapore’s largest foreign investors.

Greenlots was backed byEnergy Impact Partners,a cleantech investment firm, before it was acquired by Shell. The company, which combines its management software with the EV charging hardware, has landed some significant customers in recent years, notably Volkswagen. Greenlots is the sole software provider to Electrify America, the entity set up by Volkswagen as part of its settlement with U.S. regulators over its diesel emissions cheating scandal.

Clarification: Shell has other EV chargers. These are the first through its newly acquired company Greenlots.